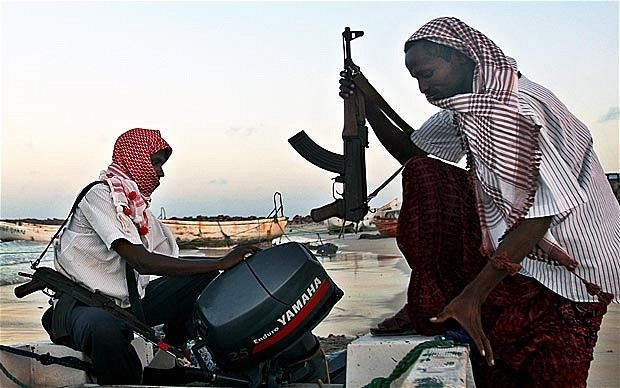 President Muhammadu Buhari has given his assent to the Suppression of Piracy and other Maritime Offences Bill, 2019, in an unprecedented move billed to bring a dramatic improvement in security on the country’s territorial waters and exclusive economic zone.

The bill passed by the Eighth National Assembly gives effect to the provisions of the United Nations Convention on the Law of the Sea (UNCLOS), 1982, and the International Convention on the Suppression of Unlawful Acts against the Safety of Navigation (SUA), 1988, and its Protocols.

The Nigerian Maritime Administration and Safety Agency (NIMASA) had facilitated the drafting of the Suppression of Piracy and other Maritime Offences Bill in 2012, in collaboration with the International Maritime Organisation (IMO). It was in a bid to give further credence to the relevant international treaties of the United Nations (UN) and IMO ratified by Nigeria on maritime safety and security and provide a much-needed legal and institutional framework for the country – through its maritime security enforcement agencies: the Nigerian Navy and NIMASA – to ensure safe and secure shipping on Nigerian waters, and prosecute infractions.

Besides addressing maritime insecurity, the new law, very importantly, fulfils the international requirement for standalone legislation on piracy, as against the approach of using the Maritime Operations Coordinating Board Amendment Bill to criminalise piracy.

With the Suppression of Piracy and other Maritime Offences Act, Nigeria has officially become the first country in the West and Central African Sub-Region to promulgate a separate law against piracy, an important international requirement set by the IMO as part of measures to guarantee secure global shipping.

Speaking after the Presidential assent, the Director-General of NIMASA), Dr Dakuku Peterside, described the move as a step in the right direction, saying, “It marks the dawn of a great moment for world maritime.”

Dakuku said, “This is not just a victory for NIMASA, but also for all the stakeholders in the Nigerian maritime community. We are determined to continue to deliver on our promise to investors and the international community to ensure an increasingly safer and more secure environment for profitable maritime business.

“And the new law at this very critical stage of our Blue Economy drive is certainly an elixir that will boost our capacity to harness the rich potential of our seas and oceans.”

The NIMASA DG thanked the President for “his commitment and passion for measures that will guarantee safety and security on Nigerian waters.” He also appreciated the United Nations Development Programme (UNDP) and the United Nations Office on Drugs and Crime (UNODC) for their support. Dakuku assured that the Agency will continue to work with relevant partners and organisations to achieve its aim of ridding the country’s waterways and exclusive economic zone of criminal activities.

“No man is an island; hence NIMASA cannot achieve much without the support of other stakeholders. This is the time we all need to work more closely together so that we don’t give room to criminals to have their way in our maritime domain,” he added.

Some of the significant provisions of the Act include a distinct definition of piracy and other maritime offences/unlawful acts; punishment upon conviction for maritime crimes; restitution to owners of violated maritime assets or forfeiture of proceeds of maritime crime to the Federal Government; and establishment of a Piracy and Maritime Offences Fund with prescribed sources of funding that will be utilised in the implementation of the Act.

The new law also vests exclusive jurisdiction for the determination of matters under the Act on the Federal High Court. It empowers relevant authorities mentioned under the Act to seize vessels or aircraft used for maritime crimes anywhere in Nigeria and in international waters or in the jurisdiction of any country where the ship is reasonably believed to be a pirate-controlled ship or aircraft.