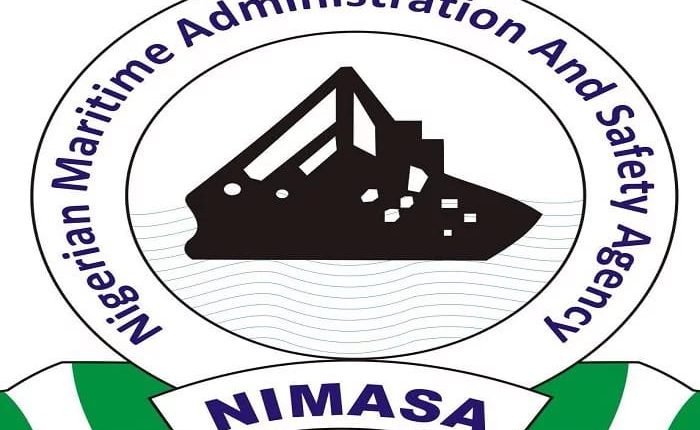 At a lecture tagged “Maritime Safety and Shipping Development in Nigeria: Challenges and Prospects,” at the National Defence College, in Abuja recently, Dakuku noted that NIMASA’s Total Spectrum Maritime Security Strategy had engendered significant improvement in maritime safety and security in the country.

The NIMASA boss explained that to better the state of safety and security in the country’s maritime space that such measures as the acquisition and utilisation of marine technology infrastructure (maritime domain awareness); improved compliance monitoring and enforcement activities; training/re-training; and conscious efforts to ensure adequate funding for the maritime sector must be adopted.

He said, “We have moved from enforcement to education and enlightenment, to get operators to understand why they should comply with the rules and the risks in not complying, as well as help them to comply.”

Speaking further at the event which had participation from several African countries, Dakuku called for multilateral cooperation, especially among African countries, to ensure vessel safety and enhance opportunities for the exploitation of marine resources, saying maritime security is a global problem.

“Shipping, perhaps, is the most globalised of all great industries in the world. Approximately 90% of world trade is transported by ships. Such as the case of Nigeria, this figure is close to 95%. There are over 50,000 merchant ships trading internationally today, manned by more than a million seafarers and carrying every kind of cargo. Thus, the safety of vessels is critical to the global economy,” he stated.

Underscoring the role of the human factor in the efforts to ensure safety of vessels, Peterside said a study of marine accidents/incidents in Nigeria between 2016 and 2018 showed that 38 per cent resulted from collision (poor vessel traffic) – human error; 19 per cent resulted from fire explosion; 12 per cent was due to capsize; grounding and sinking accounted for eight per cent each; and oil spill caused 15 per cent.

The NIMASA DG observed that “industry actors have a greater role to play in the new approach to maritime safety since they have better control over the human elements. NIMASA was tackling the human factors that could imperil shipping in the country through its improved enforcement and monitoring mechanisms.”

He listed the challenges in the industry to include poor compliance with regulations, insufficient manning, professional competence issues, lack of capital, piracy, inadequate technological infrastructure, and pollution.

He noted that “NIMASA has continuously dealt with safety challenges in the context of operations, management, surveying, ship registration, and the role of administration. Since international maritime safety has moved from a largely prescriptive and reactive safety scheme to a risk-based proactive regime, responsibility for safety is being placed on those in the industry to set out and create new perspectives on risk-based decision making.

“Hence, the way forward would be to adopt a Formal Safety Assessment (FSA) framework for maritime safety management.  FSA framework consisted of five key steps, namely, identification of hazards, assessment of risks associated with the hazards, finding ways of managing the risks, analysis of the risk control options (RCOs), and deciding on the options to select.

“The five-step process covers all aspects of safety analysis and suggesting suitable safeguards against all major and minor areas,” Peterside stated.

The NIMASA boss also disclosed that the six fast intervention security vessels, which NIMASA leased under its maritime security strategy project, had made a tremendous impact. According to him, the initiative helped to increase Port State Inspection by 10.53 per cent in 2017, from 475 in 2016 to 525 in 2017. Adding that it also facilitated an upswing in Flag State Inspection, from 77 in 2016, to 98 in 2017, representing a 27 per cent increase. He said the rise in PSI and FSI had continued.

In his remarks, Commandant of the National Defence College, Rear Admiral Adeniyi Osinowo, also emphasised the importance of maritime cooperation among African countries, particularly in the Gulf of Guinea, saying this is key to their maritime security, safety and development.

Admiral Osinowo noted that there has been a shift of focus from land-activities to more sea-related activities due to political interactions among African leaders and the desire to create what is called “wealth blindness”.

“Wealth blindness in the sense that there is so much in the maritime environment in terms of economic resources and activities that could solve practically 70 to 80 per cent of our national economic problems. Our ability to explore and exploit the related opportunities is part of the problems,” he said.