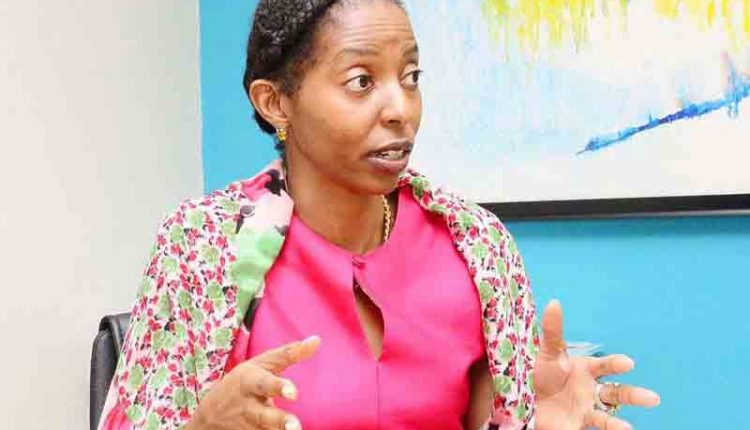 Following the news making the rounds in some media platforms, with Lagos Deep Offshore Logistics (LADOL) accused of imposing arbitrary charges on foreign investors doing business in the Lagos free zone area, thereby frustrating the investors, the Management of the zone has faulted the claim, describing it as baseless accusations.

Insisting that its charges were statutory and known to its partners from the beginning of the project, the Lagos free-zone operator and logistics provider for Egina FPSO said that the accusation was “completely false”, adding that all charges are mandated by the Federal Government.

The Managing Director of LADOL, Ms. Amy Jadesinmi, made this known during a press briefing at the company’s head office in Lagos on Tuesday. Jadesimi said while a regular review of tariff by the government is in order, companies operating in the free zone should not abuse the statutory charges.

“As is the case with all other tariff structures and industries — including customs tariffs and NPA tariffs — I think it is good for government to regularly review our tariff schedules. We want to make Nigeria an attractive place to do business. But such a review must be done in a scientific manner and it should not be done on the back of pressure due to misinformation,” she said.

“Ease of doing business is very important, but we also have to make sure foreign companies or even local companies don’t take advantage of this to break our laws.

According to reports, LADOL, the Lagos free-zone operator and logistics provider for Egina FPSO was alleged to have imposed a one per cent charge on the $3.3 billion project on Samsung Heavy Industries, the company saddled with the fabrication and integration work on the FPSO,  an allegation that the Free zone operator has refuted as false, saying its charges were statutory.

According to Dr  Jadesimi, the Nigeria Export Processing Zones Authority (NEPZA) approves all the tariffs charged by the LADOL free zone, thereby making it legally binding on companies operating within the zone.

“All charges levied in the free zone by the authority and the management are statutory, including the recently referenced one percent charge. All tariffs are mandated by federal government policy, which are subsequently issued within a transparent framework. No free zone enterprise operating in LADOL free zone has ever been charged any amount by management or the authority that was not on the government approved tariff schedule,” Jadesimi said.

“The enterprises operating within LADOL free zone and the related parties have met with and discussed these charges with government in detail, as they are statutory charges. This is not a unilateral action and to state otherwise is incorrect.”

Speaking further, the MD said that the company’s actions were in tandem with the Federal Government whom LADOL represents. She disclosed that the parties involved in the contract had been in “close discussions” over the issue, adding that government had communicated to both Samsung and Total that the management fee needs to be paid;

“This is not a unilateral action by us, and to say otherwise is completely false and highly mischievous since we have been transparent at all times. There is nothing that was not known at the start of the project. Within the approved tariff, you have what is called the one per cent management fee as the statutory charge.

“The one per cent management fee is one per cent of the cost of the product when it leaves the free zone. Obviously you can’t calculate that till the end of the project. So, what is known is that there will be that calculation and that management fee is clearly stated on the tariff schedule and it’s not unique to this project and is not unique to Samsung,”

“This is known and is being discussed and there is no inkling of truth to the idea that this was done without any of the stakeholders knowing.

“The whole process has been done in close consultation with all the stakeholders and discussions are still ongoing with government. “No matter the pressure put on us, we are not going to allow government revenue to be lost on one hand.

“And on the other hand, as managers of the free zone, we want it to be attractive so we would do everything we can to make sure that if you come to the free zone, whether you are a foreign or local company, you have ease of doing business because that is important.

“We have been investing in this since 2001, so, it is very important to us that people find it a very attractive environment to do business. Importantly, we have the dual role of making it an attractive place and also ensure that people follow the rules,” she said.

Jadesinmi who said that LADOL was commitment to improving on the country’s local success achievements, warned that the reports being circulated around was not healthy for investment and future of the country.

According to her, “What we at LADOL are focusing on is that from this point on, local content continue to increase and most of that increase will take place outside of LADOL.

“In other words, going forward, most of the fabrication and engineering works done will be outside of LADOL which is how it happens in other countries…those pieces that are fabricated outside of LADOL will then be brought to LADOL to be integrated into the larger haul. What that means in essence is that for our business model to work, we need other zones and other fabricators in the country to increase their capacity and quality.

“Stories such as the false one being bandied around threaten future investment, it threatens our future as Nigeria to industrialise and the fact that the stories are baseless is even more disheartening.

“The EGINA project in terms of its local content has demonstrated to the entire world that the most complex industrial process in the world can be done in Nigeria and nothing should be allowed to overshadow that. Because that is the critical thing that will enable us move forward and do more in the future and that is what matters,” Jadesinmi said.