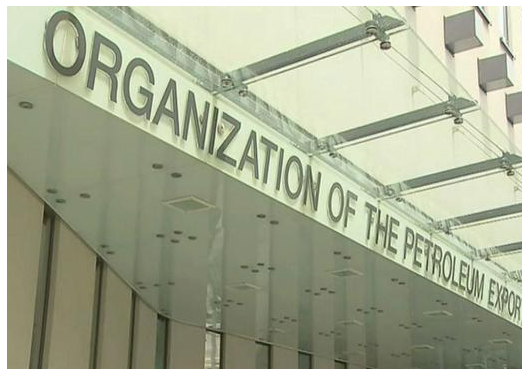 Hurricane Harvey Ratchets Up Pressure for OPEC to Rebalance the Market

Historic flooding in the U.S. state of Texas is likely to make it harder for the Organization of Petroleum Exporting Countries (OPEC) to succeed in its bid to rebalance the market, analysts at Barclays said in a research note.

Hurricane Harvey, which was later downgraded to a tropical storm, struck the coast of Texas on Friday causing widespread damage and flooding.

In the aftermath of what was the most powerful hurricane to hit a U.S. state in more than 50 years, several refineries in the Houston area were shut down while ports were closed to incoming and outgoing traffic.

Shares of Valero Energy, Phillips 66 and Marathon Petroleum all closed higher on Monday, on the back of news that several Houston-based refineries had been forced to halt production.

“In the coming weeks, we expect Hurricane Harvey’s impact to make it harder for OPEC to rebalance the market and maintain bullish sentiment,” Barclays’ analysts said.

“Disruptions to refineries, production and trade will also make the weekly Energy Information Administration (EIA) data even noisier and less useful as a high frequency indicator at the very time OPEC needs it most,” they added.

OPEC, Russia and other leading producers are slashing output by around 1.8 million barrels per day through to March 2018 in order to clear a supply overhang and support prices. OPEC and non-OPEC ministers are scheduled to meet on September 22 to discuss a possible extension to the cuts.

The refining capacity that has been idled by the storm is estimated to be about 11.2 percent of the U.S. total, according to a Reuter’s report, while the initial impact appears to be felt in gasoline prices.

Benchmark U.S. gasoline futures were little changed on Tuesday, having surged almost 7 percent on Monday to reach $1.7799 a gallon.

Amrita Sen, chief oil analyst at Energy Aspects, told CNBC on Tuesday that the U.S. had suffered a “huge” loss in oil output in the wake of tropical storm Harvey.

“On our estimates, it is about 36 percent of U.S. Gulf Coast refining. That is well over 3.5 million barrels per day because not only are refineries shut; there are also refineries that are operating at reduced rates,” Sen said.

“Unlike in the past, say in 2008 when the last hurricane hit, (the U.S.) is now an exporter of oil products. This has huge ramifications for the global products market and that is why you have seen all products really rise very sharply,” she added.

Rick Joswick, managing director for oil with the PIRA Energy Group, a unit of S&P Global Platts, told CNBC that U.S. Gulf oil product prices would continue to spike for the time-being.

“In previous storms, including Katrina, Rita, Gustav, Ike, and Isaac, gasoline prices peaked within 2 weeks after landfall at a level 20-80 cents/gallon higher than before the storm hit. But prices always declined rapidly and were back to the same level or below pre-storm values within 2-4 weeks,” he explained via email.

“PIRA’s outlook is for gasoline prices to spike by a similar degree for the next week or so. After then, prices will decline, but more slowly than in prior outages due to the increased pull by regional importers which is much higher now than back during the prior storms,” Joswick added.