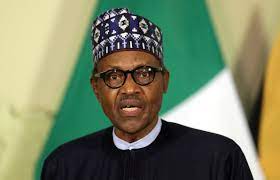 How Nigeria Squandered $9.5bn On Failed Turn Around Maintenance

The Nigeria federal government has been accused of wasting over $9.5billion on since 2012 on Turn Around Maintenance (TAM), Greenfield Refinery Projects and even public investments in private refineries.

While threatening to go a nationwide strike on January 27, 2022, over plans by the federal government to hike fuel price and electricity tariff, the Nigerian Labour Congress (NLC) said despite the funds expended on TAM, non of country’s four refineries is functional, and Nigeria continues to import petroleum products.

In the letter issued at the weekend by the NLC, the group said they are tired of President Muhammadu Buhari’s continual failure to fulfill his promises. They said instead the President is often promoting anti-people policies.

Nigerians “have suffered enough and will not endure more punishment by way of further petrol and electricity price increases,” said the NLC President Ayuba Wabba.

Labour further said they hold the following against the federal government: “deceit and duplicity associated with the politics of ‘petrol price increase’ by successive Nigerian governments” and government’s inability to make the nation’s refineries function.”

Labour note that Nigeria is the only OPEC country that cannot refine her own crude oil. During the negotiations that trailed the last increase in petroleum prices, the group said they made a cardinal demand on government which is that it must take immediate steps to revamp and rehabilitate Nigeria’s refineries.

“A Technical Committee was set up to monitor progress in this regard. As we all know, the work of the Technical Committee like our abandoned public refineries has ground to a halt and further negotiations with government adjourned sine die for nearly one year now.

“As a responsible social partner, we have at different times called on government to show us what they are doing in response to our demands but silence is the response we get.

“This neo-colonial narrative in Nigeria petroleum sub-sector is what the Nigerian working-class family has rejected as unfathomable and unacceptable as it is antithetical to the notions of sovereignty and self-actualization and a mockery of the sacrifice of our heroes past.

“Today, instead of referring to crude oil as the blessing that it is, we now commonly describe this gift of God to Nigeria as ‘Resource Curse’. The quagmire of the Dutch Disease or Resource Curse in our country is most exemplified in our downstream petroleum sub-sector.

“When the price of crude oil falls, the excuse is that the enormous pressure on the value of the Nigerian naira occasioned by drop in forex revenue exacerbates the crisis of naira devaluation and causes hike in petrol price.

“There is no short cut to the reality that we must replace the exploitative and subservient policy of Import-Based Price Regime with Local Production Based Price Regime for refined petroleum products, Labour said.

According to the organised labour, nothing dents the image of Nigeria and presents us as a country incapable of providing governance as the failed narratives in our downstream petroleum sub-sector.

Labour Threatens To ‘Shut Down Nigeria’ Over Fuel Price Increase