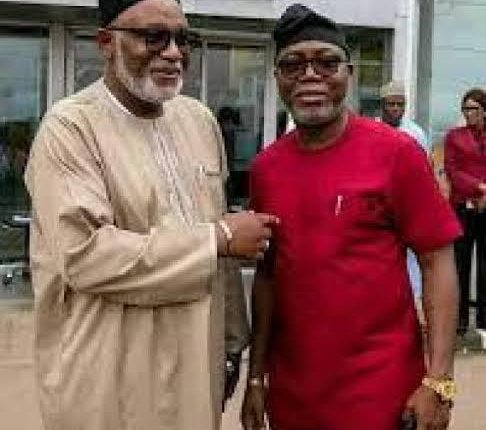 …Demands focus on development of Ilaje land by government

The Ilaje Development Summit Group (IDSG) has congratulated the Governor of Ondo State, Arakunrin Oluwarotimi Odunayo Akeredolu (Aketi) on his choice of a distinguished Ilaje son, Hon. Lucky Aiyedatiwa, as his running mate in the coming governorship election in Ondo State.

The Group in a statement by its Executive Administrator, Rev Sola Adebawo commended Governor. IDSG said His Excellency’s choice of Aiyedetiwa as a running mate represents a clear recognition of the Ilaje son’s capacity as well as the critical place of Ileja in Ondo State’s sustainable success.

“This represents a clear recognition of both the obvious capacity of our brother and son to perform in this huge role. It is also a strong indication of an acknowledgment of the critical place of Ilaje in the sustainable success of our dear Ondo State.”

According to IDSG, it also represents the beginning of a new era of Ilaje playing in the mainstream of governance in Ondo State.  It hinted that the choice of the Ilaje’s son sits well with what “our fathers fought relentlessly to help create, and which our resources have helped to sustain over the years.”

“As we approach the elections, we demand for a genuine focus on Ilaje for sustainable development of neglected infrastructures and other key areas such as health, education, economy, electricity etc. as a matter of commitment and not mere campaign rhetoric.

Though neither apolitical nor irreligious, IDSG is an inclusive organisation with no exclusive political or religious affiliation.

The organization is made up of the most accomplished Ilaje sons and daughters in Nigerian and in different countries around the world; and we therefore parade some of the finest minds in Ilaje land.

“IDSG convened the much-talked about first-of-its-kind Ilaje Development Summit on november 23, 2019, at the Dome Akure, with participation by the Ondo State Government and Ilaje sons and daughters from different countries around the world, where the first Ilaje Regional Development Plan (a 50-year strategic plan for development of Ilaje land) was launched.

“As a global organisation of most outstanding Ilaje sons and daughters across all walks of life, IDSG seeks to partner with government at all levels and other critical stakeholders to engender sustainable development of Ilaje land, which has been obviously neglected by successive administration in the State,” the statement read in part.