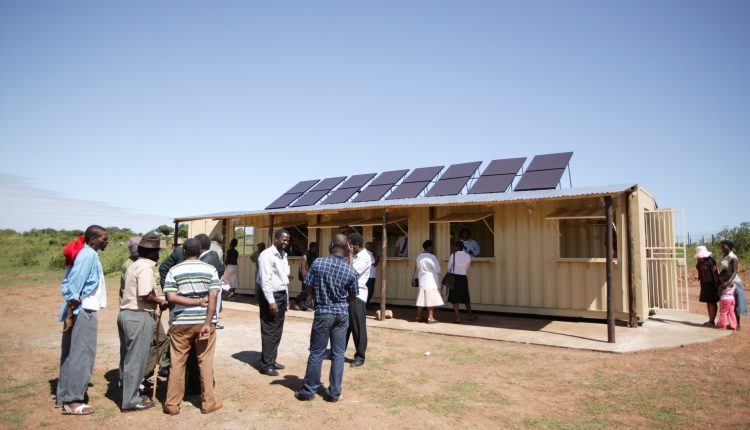 Nigeria is seeking to make speedy inroad in the supply of stable electricity to her rural and semi-urban communities using renewable energy sources such as solar.

To this end, the federal government has embarked on a massive training of young Nigerians to install and maintain solar power facilities built under its Operation Light-up Rural Nigeria (OLRN), which aims at deploying solar technologies to address the power deficits in rural areas of the country.

In addition to the training on renewable energy technology, the government through the National Power Training Institute of Nigeria (NAPTIN) has also set up a training scheme for electricity meter technicians who are expected to be employed in meter installation and maintenance across the electricity distribution networks in the country.

Speaking at the recent inauguration of the two separate training schemes, Permanent Secretary in the Ministry of Power, Godknows Igali, stated that Nigeria’s power sector reform was hinged on exploiting the various sources of energy within the country.

Igali noted that because of constant abuse of the estimated electricity billing methodology of the Nigerian Electricity Regulatory Commission (NERC), the government decided to train technicians that will install meters, undertake their reading and detect instances of by-pass to ensure a smooth running of the power industry.

He noted that government will through the OLRN initiative push to see that rural and semi urban settlements in Nigeria that have challenges of stable power can augment whatever supply they get from the national grid using renewable energy sources.

“The power sector reform is hinged on utilisation of all the various sources of energy that God has given to Nigeria. If we are to maximise our energy mix, we won’t suffer so much of the impacts of vandalism, their impact will not be much on us because we will always have other alternatives to switch to. We must harness solar technology more than any other in this country,” Igali said.

On metering, he stated that: “Even when the light is not there, what people are meant to pay for is not commensurate to what they consume. And that brings a lot of anger among consumers who complain that they don’t get enough electricity but are billed very high.”

“This is as a result of the estimated billing system. For what they (power distribution companies) do is that they guess, based on the size of a house and approximate and charge you. So, the country is going to be embarking on a robust metering scheme.”

He added: “The federal government is involved in this and it is working with private companies in the sector. And that’s where you (trainees) come in, to ensure that the meters are properly installed and consumers are billed correctly.

You should be able to monitor electricity consumption as well as maintain the meters. So, where electricity theft occurs, you the person maintaining the meter should be able to know. And you should ensure that customers are properly billed because we have been relying on estimated billing. As much as about nine million consumers don’t have meters. The metering gap in Nigeria is about 60 per cent.”

Similarly, the Director General of NAPTIN, Reuben Okeke in his remarks stated that it was to curtail instances of job losses and unavailability of needed manpower in the OLRN initiative that the agency had to embark on the training scheme.

“Whenever there is no water because it is seasonal, we have deficit in generation and gas which is responsible for about 65 per cent of our generation is exposed to vandalism and from time to time some of the bad eggs among Nigerians vandalise gas pipes that take gas to power plants and so there must be an alternative source to mitigate this and complement what we are getting from gas or hydro and cannot be vandalised,” Okeke said.

He further explained: “As the government tries to encourage penetration through renewables, it is expected that there should be workers to do this and that is why the ministry instructed that we get young Nigerians to install and maintain such solar facilities.

It is a new aspect in our power generation and thus requires vigorous training. This is a unique aspect of craft that can create entrepreneurs within a very short time.”

He stated that anybody that is going to be involved with the installation of meters “must be someone who is trustworthy.”