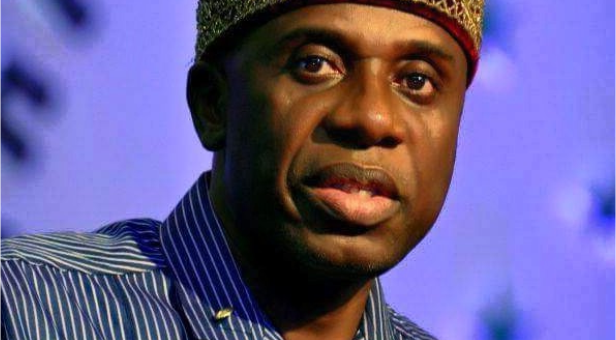 The minister expressed worry at the level of decay and corruption in NIMASA and revealed that auditors would be engaged to audit all agencies under the ministry.

“We are in the process of appointing an auditor to audit NIMASA, NPA and other agencies in the Ministry of Transportation. Maybe after the auditor’s work, we would have a clearer picture as to where all the billions went,” he said.

The essence of the audit and the committee to be set up, he said, “is to find out if NIMASA at any point discharged its core responsibilities beyond collection of revenues. And all the revenues NIMASA has been collecting, where did it go?”

“We also set up your committee to reposition NIMASA and make it relevant to grow the economy. I will study the report and call a management meeting of the ministry and take a decision on the way forward,” Amaechi assured.

Director General of NIMASA, Dakuku Peterside said for NIMASA to be efficient and operate optimally, the current structure of the agency must be changed.

“We recommend that NIMASA devolves more powers to the zones. We also recommended some drastic changes in the modus operandi of NIMASA. The committee proposed a new organogram to NIMASA where more powers will be given to the zones were activities take place instead of having concentration of personnel at NIMASA head offices,” Peterside added.

How I will run NPA-Hadiza Bala Usman