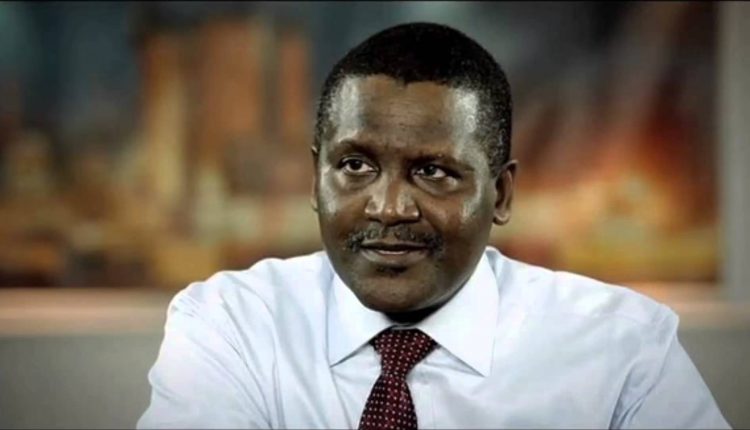 Africa’s richest man and President, Dangote Industries, Alhaji Aliko Dangote, yesterday, dismissed fears about the impact of the fall in crude oil prices on the Nigerian economy, saying the decline would not translate to doom for the economy.

Speaking in Lagos at The Nigerian Economic Summit, Dangote said despite the fall in oil price, a lot of sectors were doing well in Nigeria, adding that the problem was that people were under estimating the resilience of the Nigerian economy. Entitled: ‘Nigeria: The Dawn of a New Era?’ the summit was organised by The Economist Events, a subsidiary of The Economist International magazine.

According to him, while the fall in oil prices portends dangers to some businesses, it, however, presents a good opportunity to diversify the Nigerian economy. He said “If we don’t diversify the economy now, then we would never do it.” He said Nigerian companies should learn to export, advising that they should leverage on the 320 million population of the West African sub region to grow their businesses through export.

People are under estimating the economy He said: “I think people are under estimating the economy of Nigeria. They just go and look at foreign exchange, because price of oil has gone down, it means that everything has gone out of the window. That is not correct, in some areas, yes, depending on your business.” Citing the example of growth recorded by Dangote in cement and sugar sales, he said:

“If you look at it, right from October to November, our sales of cement have actually been going down, even though at a cost because we took the price down by 35 per cent, but this has given us over 50 per cent market growth up to January, February. “January, you know is a very slow month, but in February, we had 47 per cent growth in terms of volume. And our own estimate is that in the next three months we would have over 60 percent growth. We could not go beyond this 50 percent because we have been having serious issues in terms of gas. “

“On our sugar too, we have seen growth of about 80 per cent.  When you take a company like Coca-Cola, it has actually exhausted its capacity. They delisted about three years ago, and they doubled their capacity within these three years, and now their major problem is that they cannot meet up with their capacity, and now they have a plan to double their capacity in the next two and half years”.

“So it is not that there is dullness all over the economy, no. In some areas things are even moving up. But it does not mean that people should sit back and say there is crisis. Sometimes, crisis is also an opportunity, so you use it very well so that the crisis should not happen to you. “You just had to have faith, and keep pushing to make sure you are where you are and that is what we are doing. That is why we are not stopping in all our projects, we know the market, and we know the dynamics of the markets.”

“I think the one quick policy, which is what we have been talking about is diversification of the economy. This is the right moment. I know in Nigeria, once the oil price goes up to $80, nobody will diversify, we would go back to our misbehaviour. “Government should be very specific and come out with clear policy that we would support. And the implementation has to be monitored. If we don’t do it now, we would never do it.

Nigerian firms should learn to export

“Nigerian goods can be very competitive. We don’t have to export goods from here to East Africa. We have 15 countries in the ECOWAS region, which are duty free. At the moment, most of the companies are not geared up for export which I think is a big mistake because when you have more volume, you can make more money and become more competitive. “The scenario of export is that if I meet up with my domestic market, I can actually take the excess and dump it in another country. It will give me much more profit. The issue is about capacity. If you have it fine.

“But for countries in Nigeria, they don’t have to export to East Africa. First of all, there is population of about 320 million people to feed. So the market is big, great and profitable.

“Also, from Lagos to Accra is 450 kilometres, but to Abuja is about 650 kilometres. That means your real market is this West African market. So your real market is Nigeria, Benin, Togo, Ghana and even up to Ivory Coast. “So we have a big market and the export will not be difficult.  I think what we need now, especially with this foreign exchange freeze, is that our people should learn to export.

“And government too should find out how to correct this export credit scheme if it is going to continue. Because it is good to export and also to have support for export but what the government should say is ‘if I give you export credit support, you don’t go and use it to pay duties and co. If you are in business, you use the export credit against your taxes.’ “Give them what you want to give them; their own business is how to make money from the differential in foreign exchange rate. But there are ways government can block them, by making sure that the goods to be imported are here. They would not be able to take dollars without you bringing in the goods.