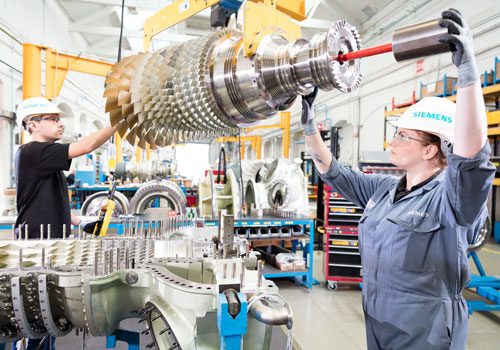 Siemens’ Dresser-Rand business has won a contract to supply two compressor trains to an onshore gas reception facility in Ghana.

This will be supplied by non-associated gas from Eni’s Offshore Cape Three Points (OCTP) project: once onshore, the gas will undergo further compression for delivery into Ghana’s national network.

Eni Ghana commissioned the DATUM compressors, the first supplied by Dresser-Rand to be driven by a Siemens gas turbine.

The centrifugal compressors, model D10R8B, to be driven by Siemens SGT-400 gas turbines, will be manufactured in Le Havre, northern France, with Dresser-Rand’s Hengelo facility in the Netherlands coordinating engineering, packaging, and testing of the equipment.