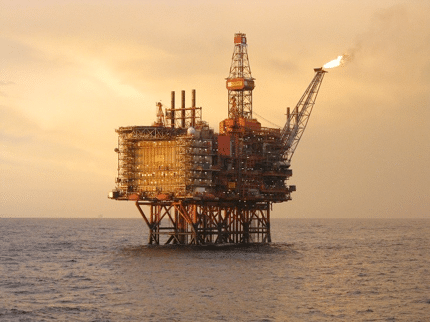 Mr James Okereke, General Manager, Downstream Gas, Chevron Nigeria/Mid-Africa, has urged the Federal Government to unlock the oil and gas industry’s production potential to improve Nigeria’s competitive position. Okereke made the appeal recently in Lagos during a presentation on “Overview of Oil and Gas Industry in Nigeria’’ to students of the Advanced Writing and Reporting Skills (AWAReS) at the Pan-Atlantic University.

“For Nigeria to compete successfully, it needs to improve its competitive position and remove obstacles to investment and development. “To keep oil production stable, new developments are needed to offset natural decline of existing assets. “Nigeria is competing internationally for shrinking resources; International Oil Companies have cut production by 10 to 20 per cent. “Crude oil prices have dropped significantly by 55 per cent since 2014. To compete favourably in international market, we should make our business environment to attract investors.” Okereke said that oil and gas sector was important to the nation’s economy, adding that increasing investment and developing the country’s gas reserves would drive economic growth and attract investors.

Gas production has multiplier effects. “Every one dollar invested in gas results in about three dollars increase in Gross Domestic Product (GDP). “You cannot keep taking out of a sector without putting adequate investment back; there cannot be development,” he said. According to him, honouring contract sanctity, simplifying approval processes for licences, solving Joint Ventures funding challenges and ensuring security of lives and property will enhance the country’s competitiveness.

He advised that the country should encourage investors by revisiting founding policies while also making new policies and laws. He said good policies form the bedrock for investments.

According to him, to keep oil production stable, new developments are needed to offset natural decline curves of existing ones. “Nigeria has 11 largest oil reserves and nine largest gas reserves in the world. What we need is to improve the country’s competitive position and remove obstacles to developments,” he said.

Okereke lamented the challenges the IOCs are facing in the country. He listed the critical challenges to include delays in contracting process policy of the government, weak implementation of industry laws and regulation, multiple taxations which is up to 14 in the industry and insecurity.

On the Petroleum Governing Industry Bill, PGIB, Okereke said not all activities in the sector needs the PGIB. According to him, international oil companies, IOCs, operating in Nigeria have reduced their capital expenditures in the sector by 20 percent, adding that in the past 15 years, the country engaged in production without new capital investment. He said the oil and gas sector in the country has mainly been witnessing reselling of investments and facilities.

He said one of the major challenges facing several production contracts in the industry is undue delays in getting timely approvals from government within the budget period of a contract where foreign exchange and inflation differentials will not change the original narrative of the budgetary preparedness for a particular job.

Okereke explained that it always amounts to huge loss when a company targets to get an approval for a contract within few weeks only to get it after several months when costing of implementation logistics have all changed either due to forex scarcity or even relevance of the job in question.

Chevron Nigeria Limited is sponsoring all the participants at the AWARES programme as part of its Corporate Social Responsibility, CSR.