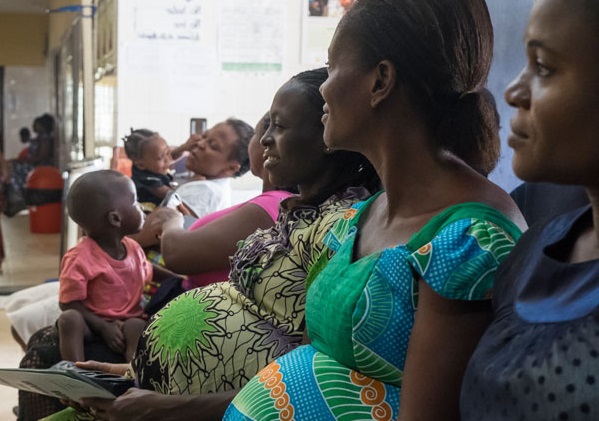 Chevron Nigeria Launches another Prevention of Mother-To-Child Transmission of HIV Project (PROMOT II) in Bayelsa State with US$1.4 Million

LAGOS, July 15, 2016:  Chevron Nigeria Limited (CNL), operator of the NNPC/CNL Joint Venture (JV), has announced the launch of a $1.4 million, two–year project in Bayelsa State aimed at preventing the transmission of HIV from mothers to their newborn babies, PROMOT (II) project.

The community–based Prevention of Mother-to-child Transmission project (PROMOT II) is coming on the heels of PROMOT (I), a four- year project, which was earlier implemented in Bayelsa State between September 2012  and March 2016 and to which Chevron committed $5.3 million.   Both phases of the project are implemented in partnership with Pact, an international non–governmental organization with active programming in Nigeria for more than a decade.

The PROMOT (II) project was officially launched on July 12, 2016 by Governor Seriake Dickson of Bayelsa State, who was represented by Chief David Serena Dokubo-Spiff the Secretary to the Bayelsa State Government (SSG), at Ebbis hotel, Yenagoa, in Bayelsa State.

Clay Neff, Chairman Managing Director, CNL explained that the PROMOT (II) project is part of the Company’s Social Investment efforts in the Niger Delta. “Chevron invests in programs aimed at improving access to healthcare to support the communities where we operate. Working with partners globally and at local levels, we dedicate our capabilities, resources and people to support initiatives that build local capacity and deliver real, lasting gains in the fight against devastating diseases —particularly  HIV/AIDS” he said.

Clarifying the reason for the project, Deji Haastrup, General Manager, Policy, Government and Public Affairs says; “Fighting AIDS is not our core business, but it is essential to the success of our business. As a company, we depend on a healthy society. We therefore, promote healthy communities and improved access to health care aimed at eradicating diseases.”

Since the commencement of PROMOT (I) in 2012, over 386,000 people have been reached with HIV messages and 53,686 pregnant women were tested for HIV and received their results. Additionally, 670 people have been trained on the latest PMTCT approaches and techniques and over 300 HIV-exposed infants were tested at 6 weeks.

It is expected that during the 2–year span of the project, at least 2,000 pregnant women will be tested for HIV and receive their results, while at the same time building the capacity of community structures of governance to achieve increased healthcare performance.

Ghana takes over chairmanship of WAGP Committee of Ministers