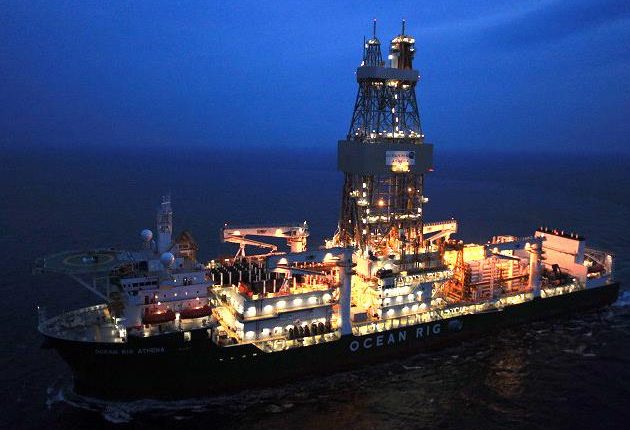 The drillship is currently in Angola and FAR expects it will commence mobilisation to Senegal in the next few days.

The first two wells (SNE-2 and SNE-3) will be drilled to appraise the SNE field and are aimed at progressing towards proving the threshold economic field size which FAR estimates is in the order of 200 mmbbls for a foundation project.

The third well (BEL-1) in the drilling program will be the first exploration well to be drilled in the blocks following the discoveries in the FAN-1 and SNE-1 wells. This well will be aimed at building the resource base within tie-back range of a possible future hub development over the SNE field. It will be drilled into the Bellatrix Prospect which has been mapped by FAR to contain 168 mmbbls* of oil on a gross, unrisked, prospective resource basis (refer ASX release 13 April 2015) with 25 mmbbls net to FAR. Following the discovery of the SNE field on the shelf, FAR has applied a 49% chance of geological success to the Bellatrix prospect and notes that the Operator has applied an 80% chance of geological success to the prospect (see Cairn Energy release 12 May 2015). FAR is encouraged by the presence of a strong seismic amplitude anomaly over the Bellatrix prospect that exists over the SNE field which is a strong indicator of the presence of hydrocarbons.

Cath Norman, FAR’s Managing Director, said: ‘We look forward to drilling our exciting next phase of Senegal wells with the Ocean Rig Athena.  When this modern drill ship is combined with the experience gained from drilling the FAN-1 and SNE-1 discovery wells and the capabilities of the ConocoPhillips drilling organisation, we expect to deliver very efficient Senegal drilling operations. In addition, the joint venture has been able to take advantage of reduced deepwater rig rates and has secured the rig for a firm three wells and options for an additional three wells in the event of success.’ The Senegal JV comprises: FAR Limited 15%; Cairn Energy (operator) 40%; ConocoPhillips35%; Petrosen 10%.