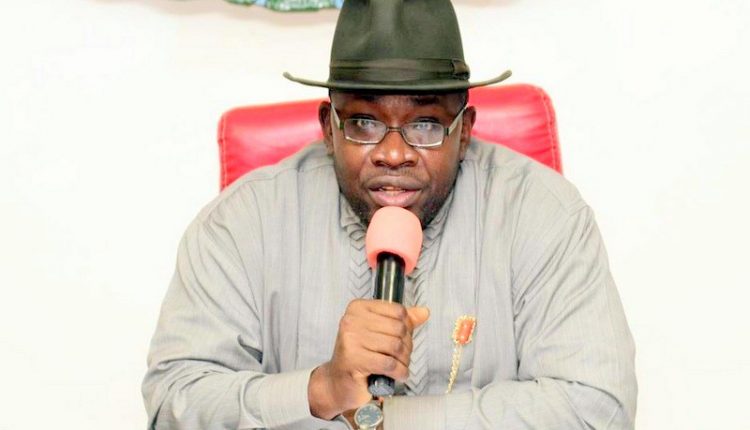 The Bayelsa State Security Council has prohibited the use of assets, personnel and security operatives on attachment to surveillance contractors of oil and gas firms and any other personnel for political activities in the state.

The Secretary to the State Government, Mr. Kemela Okara, said in a statement on Thursday that Security Council also decided to restrict assets, personnel and security operatives deployed to oil firms to the oil and gas platforms which are their designated areas of operation.

Okara also said that the council comprising the heads of all security agencies and top officials of the state government also prohibited the use of security operatives attached to VIPs and political appointees for election purposes in adherence to the stipulated guidelines of the Independent National Electoral Commission.

He said that it was further resolved that the security agencies should not arrest, detain, or restrict the personal liberty of any leader or member of a political party without adherence to constitutional provisions.

However, Okara said that the Security Council decided that the agencies could arrest any leader of political party found to have been involved in acts inimical to national security with immediate notification to the governor. “The Bayelsa State Security Council at its meeting held on Thursday, 17th January, 2019, resolved, amongst others as follows:

“All assets, personnel and security operatives attached to surveillance contractors of oil and gas companies operating in the State shall be limited strictly to their designated areas of operations, and specifically within such oil and gas platforms or facilities.

“Further, that in no circumstance should assets, personnel of surveillance contractors be used or involved in any political activity or electioneering processes.

FG to roll out policy on LPG Penetration in June – Sylva

“All security operatives attached to VIPs, political appointees, etc, shall in no circumstance be used or be involved in any election processes in accordance with stipulated INEC guidelines.

“No security agency, acting by itself or by its servants or agents or by any person(s) or authority howsoever described shall henceforth arrest, detain, or restrict the personal liberty of any member, stalwart or leader of any political party in Bayelsa state without recourse to the due process of law and/or court order, between now and the general elections.

“In exceptional cases bordering on proven national security breaches or where a person is seen committing an offence in the presence of a member of any security service, he may be arrested and investigated, in which case the governor shall be notified immediately.”

He said that the decision of the security council was meant to assure the Bayelsa citizenry of the commitment of the security agencies to be neutral, apolitical and professional in the forthcoming election in accordance with their respective service regulations, ethics and values.

The SSG also said that the council called on the relevant agencies to stop the unjustifiable arrest and movement of alleged offenders to Abuja for offences said to have been committed within Bayelsa, especially in the build up to the elections.

According to him, the council stressed that the various security agencies were equipped with requisite facilities and competence to investigate such cases without necessarily moving accused persons to detention facilities in Abuja. He said further that “any allegation of the commission of an offence, conspiracy to commit an offence, etc, arising from a petition, suspicion, etc, should be noted and investigated discretely.

He added that it was resolved that arrests, detention and prosecution arising from petitions should take place after the elections to prevent deprivation of the rights of citizens and deepen confidence in the security institutions and the electoral process.