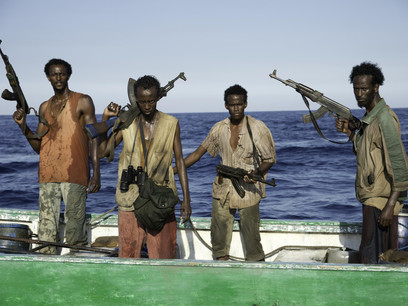 87 Maritime Piracy Incidents Reported in First Half of 2017

THE first half of 2017 saw a total of 87 incidents reported to the International Maritime Bureau’s, IMB, Piracy Reporting Centre compared with 97 for the same period last year, indicating a decline in the number of reported incidents of maritime piracy and armed robbery against ships.

The figure also showed that the records some of the lowest figures seen in the last five-year period, the latest piracy report also shows that in the first six-months of 2017, 63 vessels were boarded, 12 fired upon, four were hijacked and attacks were attempted on another eight vessels.

A total of 63 crew have been taken hostage so far, this year while 41 have been kidnapped from their vessels, three injured and two killed.

However, the Bureau noted that the encouraging downward trend has been marred by the hijacking of a small Thai product tanker en route from Singapore to Songkhla, Thailand.

The hijacking, at the end of June, was conducted by six heavily armed pirates who transferred 1,500 MT of gas oil to another vessel.

The incident followed a similar pattern to a series of product tanker hijackings in the region which occurred approximately every two weeks between April 2014 and August 2015.

“To prevent criminal gangs carrying out attacks on other product tankers, the IMB PRC is calling on Malaysian and Indonesian authorities to take robust action, in the same vein as their response which brought perpetrators of the previous spate of attacks to justice,” said Pottengal Mukundan, Director, IMB.

Cooperation between Indonesia, Malaysia and Philippines has been recognised as the fundamental reason for the overall decline in the number of reported incidents in and around the Philippines – from nine cases recorded in the first quarter of the year to just four cases in the second quarter.

The hijacking of an Indian dhow in early April was one of five incidents off Somalia reported in the second quarter of 2017.

Added to a further three reports of vessels coming under fire and a bulk carrier being boarded by pirates in the Gulf of Aden, the incident reveals that Somali pirates still retain the skills and capacity to attack merchant ships far from coastal waters.

Pirates in Nigeria continue to dominate when it comes to reports of kidnappings. So far, this year they have been responsible for the abduction of 31 crew in five reported incidents.

The numbers include 14 crew members taken from two separate vessels in the second quarter of the year.

Violence against crews continues with half of all reports of vessels being fired upon coming from Nigeria.

Recognizing the need to get a clearer understanding of the depth of under reporting in the Gulf of Guinea region the IMB, in association with Oceans Beyond Piracy, has proposed the idea of a ‘Community of Reporting’ – a project aimed at encouraging all stakeholders to share reports of piracy and armed robbery with the IMB.