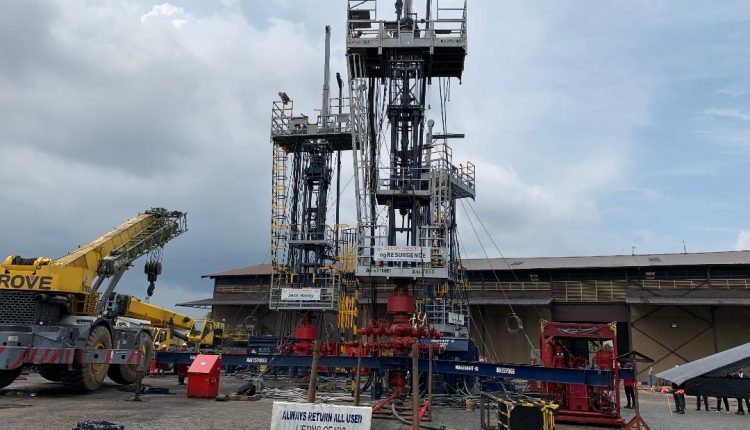 The snubbing work-over units recently rechristened during the event are; 300k Jack Hardy, 460k ngResurgence and 340k The King Jaja and they are expected to help the oil industry to easily have access to about 3000 barrels per day oil production lock-in currently recorded in the industry.

Speaking at the event, the CEO and President, Tecon Group, Mr Casimir Maduafokwa called for the protection of the funding structure of rigs and a higher level of exploration activities, noting that though there has been some level of improvement on funding nevertheless a lot more is required to be done.

“The problem with oil rigs is that whenever oil price is low, the rigs are immediately affected because it has the most variable cost. So they normally cut them down. But a lot of jobs are tied to it. Any rig supports a lot of other operations, from completion to mud engineering, to the rentals, so a lot has to be done to protect the rigs. Otherwise, the market is very volatile because once there is no rig, there is nothing to do”, Maduafokwa added.

He called for more long term jobs to local companies of at least five years duration rather than that of one or two years that currently obtains in the industry adding that it was imperative to boost the local content drive.

Maduafokwa also called on the Nigeria Content Development Monitoring Board (NCDMB) to extend the local content drive to other areas of fabrication, construction and infrastructure to build critical mass.

In his response at the occasion, the Executive Secretary, of the NCDMB, Simbi Wabote described the acquisition of the ISS 300k and ISS 460k hydraulic workover units by the company as commendable considering the cost and the skills needed to operate them safely.

“I understand that Tecon has six of such snubbing rigs, which represents a considerable demonstration of capacity to provide hydraulic workover services to the industry as at today. It is estimated that about 3000 bp/d of oil production are locked in, which requires well-intervention techniques such as snubbing to unlock. The Board is therefore pleased that this area of need is getting the investment and attention of local companies such as Tecon so that we can access some of our locked-in production,” Wabote stated.

He added that asset ownership represented one of the critical yardsticks used by the NCDMB to define a Nigerian company as contained in the provision of Nigeria Content Act.

He said the Act has effectively put an end to portfolio companies. “When you read it, the act itself states that Nigerians must own 50% of the equipment,” the NCDMB boss said.