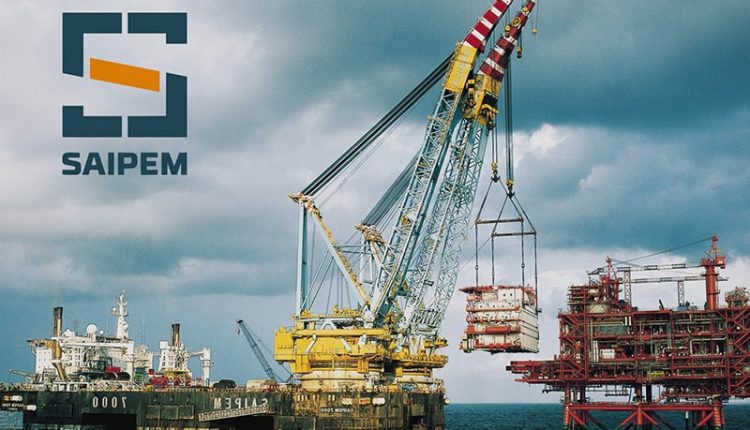 ……..Saipem says their action is justified

Nigeria’s Senate has beamed searchlight on Saipem Contracting Nigeria Ltd, accusing it of violating Nigerian Local Content Act in the execution of Train-7 Gas Project. The Italian oilfield services company is accused of deliberately sidelining Nigerian firms in the $10 billion contract awards as provided for in the law.

The lawmakers are responding to a petition that Saipem awarded the contracts to foreign companies, instead of indigenous firms as provided in the Nigerian Content Act.

The Senate committee on Local Content, chaired by Senator Taslim Folarin, said they are specifically concerned with how Saipem awarded contracts totaling $1.7 million and another $1.36 million respectively to two foreign companies, Dovan and KAO as sole vendors for the company supply of steels, rods, among other materials for execution of the project.

Saipem is also being quizzed over the size and capacity of the company’s steel fabrication yard in the country, alleging that it fails to meet the minimum requirement of 10, 000 metric tone per annum.

Even when SAIPEM said its steel fabrication yard in Port Harcourt has a capacity of 26,000 metric tone per annum; the Senate Panel refused to take its words for it; insisting on taking an inspection tour of the facility for a first hand assessment.

Post COVID-19: Why Nigeria Needs To Give Priority To…

The Senate picked holes in Saipem’s response that the two vendors, KAO and Dovan, were selected based on old existing relations and performance, saying it was in gross violation of Section 15 of the Local Content Act which emphasizes competition and not arbitrary or unilateral selections.

The committee had earlier invited the organizations executing the Train-7 Gas project. The organizations invited include the Nigerian Liquified Natural Gas, NLNG; Nigerian Content Development and Monitoring Board, NCDMB; Saipem and Daewoo reportedly failed to appear before the senate committee.

At a rescheduled meeting on Wednesday, Folarin said the Italians failed to adhere to the 50% threshold on utilization of local content in award of jobs for the Train-7 gas project.

The document presented to the press by the lawmakers showed that Saipem has so far awarded 60% of contract to the listed foreign firms. But in their response, the managing director of Saipem, Mr. Water Peviani said execution of the project by the company was in accordance to contractual agreement with the Nigerian Liquefied Natural Gas (NLNG) and the Nigerian Content Development Management Board (NCDMB).

“The Nigeria content plan we have received states the minimum set of materials that needs to be purchased in Nigeria with no exceptions. And then, there are list of them and we have received them from our client, counter signed by NCDMB. A foreign vendor cannot win a supply that should be supplied from a Nigerian vendor,” the Saipem boss stated.

Saipem said all it did was within the scope provided by NLNG, which allowed it to source for highly specialized steels not available in Nigeria from outside the country. According to Mr. Water Peviani, their action was also within the finance export scheme between NLNG, South Korea and Italy.