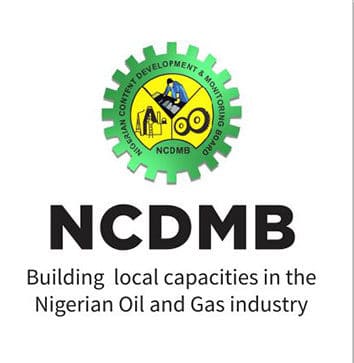 The Nigerian Oil and Gas industry will between now and year 2027 aspire to domesticate the full capacity and capability required for the integration of Floating Production Storage and Offloading vessels (FPSO), the Executive Secretary of the Nigerian Content Development and Monitoring Board (NCDMB), Engr. Simbi Kesiye Wabote has said.

He gave the target at the public hearing conducted by the Joint Senate Committee on Petroleum Upstream and Gas in Abuja on Tuesday July 25th, 2017, with the intent to determine the extent of compliance with the Nigerian Content Act and utilization of the Nigerian Content Development Fund (NCDF).

The new target for the industry follows from the successful in-country fabrication of six modules of the Total Egina FPSO and scheduled integration of the modules on the FPSO at the SHI-MCI yard in Lagos in September 2017, the first time these feats would ever happen in Nigeria. The FPSO is the biggest component of a Deepwater oil and gas project and the fabrication and integration of the modules at any location spurs multi-dimensional development and creates thousands of jobs.

Another major target of the Board according to the Executive Secretary is to establish a Local Content Bank of Nigeria “to focus on establishment of facilities for domiciliation of services with emphasis on optimal use of local resource input.”

Dwelling on the achievements of the Board, Wabote confirmed that Nigerian Content activities recorded six million training man hours and is now able to retain $5bn in the local economy from the annual $20bn industry expenditure, which ended up in foreign economies in the past.

He stated that 36 percent of the marine vessels operating in the Nigerian Oil and Gas Industry were now owned by indigenous players, a marked improvement from total foreign domination of the industry before the implementation of the Act.

He also mentioned the local manufacture of barites which is required for crude oil drilling operations, noting that NCDMB worked with the industry to support the establishment of a mechanized plant in Benue State for barites mining and beneficiation.

On the NCDF, the Executive Secretary reported that international oil companies comply reasonably in remitting one percent of the value of their contracts but some service companies and indigenous operating firms default in their payment.

In his welcome address, the Senate President, Dr. Bukola Saraki, represented by Senator, Ahmed Lawan, Leader of the Senate, highlighted the importance of Local Content in economic development, adding that full implementation would help create employment and grow the national economy. He explained that the National Assembly was keen to ensure that oil and gas companies comply with the Nigerian Content Act, especially in the employment of competent Nigerians and utilization of local good and services in their operations.

In their contributions, the Chairman Senate Committee on Gas, Senator Bassey Albert Akpan asked the Board to submit a detailed report on the operations of the NCDF from inception. The report would include information on the beneficiaries, defaulting firms and amounts.

He expressed disappointment that only three companies have benefitted from the NCDF since inception, stressing that “there is no need to warehouse the funds with CBN while Nigerian companies are suffering from lack of capital. There is no way they can build capacity.”

In his submission, Chairman of PETAN, Mr. Bank-Anthony Okoroafor asked the Senate to support the NCDMB to ensure that at least 20 indigenous companies accessed the NCDF every year.

He also proposed a guideline that would ensure that “companies that bid as lead tenderers should have the capacity to carry out more than 80 percent of the required work scope while companies that have not built capacity should bid as sub-contractors.”