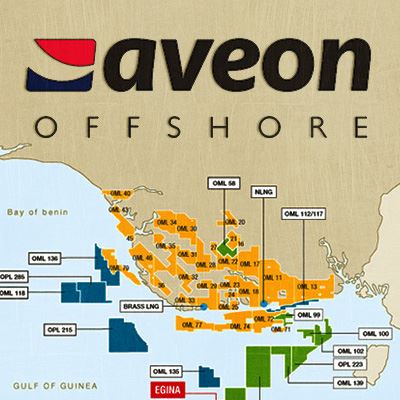 Aveon Offshore is a fully-owned Nigerian company, established in 1999 to provide Engineering, Procurement, Construction and Fabrication services primarily to the oil and gas industry in Nigeria and the West African sub-region.

After its incorporation in 1999, and after registering with the Department of Petroleum Resources for the provision of Engineering and Construction services in the oil and gas sectors, Aveon Offshore Limited has grown and has become highly compliant with Nigerian Content in the last couple of years.

The company whose initial activities were in the field of fabrication and installation of plant and equipment, had ventured into the onshore and offshore oil and gas sectors, while it plans to diversify into infrastructure projects related to power, water and transport. This is especially with the expected liberalization policy of the President Muhammadu Buhari administration.

Today, Aveon is a specialist in in-country and local fabrication for the oil and gas sector and is vast in the area of fabrication for new installations, ranging from topside structures, jackets, metallic caissons, bridges, decks, helidecks, suction & driven piles, boat bumpers, protectors, riser guards, pipe spooling, flare/vent booms, equipment modules, skids, subsea manifolds, to PLEMS and FLEM, among others.

The company also supplies and fabricates pressure vessels, while its presence in the offshore petroleum sector involves the repairs and refurbishment of aging platforms / drilling rigs, supply of labour and equipment, and offshore operations support services, such as marine security/escort, mooring services, house boats and barges.

Given Aveon’s adherence to local content capacity building programme, only about five to seven per cent of its workforce is expatriates, while about 93 to 95 per cent are Nigerians.

Speaking on this development recently, General Manager (GM) of the company, Mr. Joseph Duntoye, said: “The reasons why we still have expatriates are diverse. First, like in orbital welding phase and duplex welding phase, it is not where you do quick fixes. The expatriates help to start monitoring your progress once the work gets out. Again, we have Nigerians also in the field, which means once they are good in what they are doing, the expatriates leave. That is the succession plan. It is not only in welding; in project control for instance, we have engineers and they are 100 per cent Nigerians.

On the strength of the local workforce, Duntoye continued: “In the workshop, when you have those welding stuffs that need to be done and which is new technology, some of these expatriates have actually done it in projects outside this country; so they come in.  Our guys are with them and when our guys know what to do, the expatriates leave.

Apparently to underscore the significance of training in the realization of corporate objective, the GM argued that manpower development of the staff is a cardinal policy the company holds dear to heart.

“We have a training manager who is also a Nigerian that gives on the job training for our staff, but most times we look at external training. That is why they should have a lot of grip on what they should know. ‎Also, imagine you have one expatriate that has done a lot of these jobs before he comes to Nigeria; before he comes into the yard, you want such person for that short period so that your guys can learn.

“Even in crane, a lot of things we do have to do with heavy lift; so we buy a new crane.  The company comes and assemble it; stay for a month or two and our guys are on the crane. The biggest crane we have now is about 350 tonnes and with the mass at the back, it can lift 550 tonnes load. There are lots of equipments like that on site, like the water jets. We brought that from the US. The company came in, installed and I think stayed for like 3 or 4 weeks.  Now Nigerians are the managing it.”

Aveon is currently working on the Egina Buoy and it is the first of its kind to be fabricated in the country. It is a part of the last phase of the Egina Subsea Production Systems project-the $3.3 billion-worth Egina FPSO, billed to be completed by the last quarter of 2017.

In a recent visit to the company, Executive Secretary of the Nigerian Content Development and Monitoring Board (NCDMB), Engr. Simbi Kesiye Wabote, commended the operations of Aveon Offshore Limited, on its delivery of the Egina FPSO structures and the sound state of its facility.

In the company of some departmental heads of the Board, alongside Nigerian Content Development representatives from Total Exploration and Production (E&P) Nigeria Limited ‎and Nigerian Agip Oil Company Limited, made this statement while on a recent visit to the Port Harcourt facility of Aveon Offshore Limited as part of its renewed bid to ascertain the competencies of Nigerian companies.

As the delegates toured the fabrication yard, Wabote observed the level of investment in technology and civil infrastructure which included vertical and horizontal boring machines, water-jet laser-cutting machine, a 350-ton crane, 450-ton crane with superlift, state of the art machining workshop, a 35 metres slipway for the off-loading of buoy structures, and a couple of other upgrades.

“This is one fabrication yard that we think is doing very well. They are wholly indigenous, fully established in the Niger Delta, creating employment for the Niger-Delta people and also supporting the oil and gas industry, Wabote said.

“Aveon Offshore is a creation of the NCDMB.  They have kept faith with the Board, and have invested. Based on that, the Board has continued to support them to do most of the fabrication jobs that hitherto were done outside Nigeria. This has been an impressive story. All the International Oil Companies Aveon worked for have given a positive feedback on Aveon Offshore. Even the major contractors that sub-contracts jobs to them; the likes of Saipem, have also commended their activities. We are seeing a company that has thought through the entire process in terms of HSE, timely delivery, quality, and have stayed committed to it,” added the NCDMB boss.

In spite of its giant strides the company still have a soft spot for it host communities and workers. Aveon believes that everybody has a stake in its business venture and that communities have actually been good business partners.

Duntoye said, “You may ask ‘are the communities investing money?’ What they are investing, which is peace, is more than money. And what we do is that we don’t wait until things happen before we start to solve the problem; we are proactive.

“We sat with them and we did what is called a Memorandum of Understanding (MoU) which is in every two years. This is because what the community wants from any company in their locality is employment and the opportunity to do business.”

Duntoye also harped on the importance of having all stakeholders on board, saying “the traditional rulers that cannot be part of the business, even if you are not giving them money, you can bring simple contract to them and also to those people that are business-minded.

Two, as workers, we believe what we cherish most is the workforce; the equipment will be there but a happy workforce is what will spur your production. There is what is called condition of service in the workforce and it is explicit; touched on training, remuneration, vacation. The fact that my office is even here gives us that contact all the time. I try to meet with them almost every week. We don’t wait, like I said, for things to happen.”

The GM further said in a statement that “Medical facility is provided. You look at their concern and address them. Obviously, the expectation is very high and in the industry now there is a kind of slow activity. So how do you help to make sure they keep their job is what we should be looking at.

“We fill their purse and they also fill us. The mission of the shareholders is to get offshore and start installation work. The design for a vessel has been done but like I told you we need work and money and also the cooperation of the community to actualize that.

“Even the security agents are part of it. We give scholarships to students; we reach out to the women group.  We also look at governmental affairs and agencies of government. We try to follow them and know about their regulations. We do things transparently and I think that is what has been keeping us going.

“And when you talk about Aveon Offshore outside, you have to interview one or two people from the community. What you are likely to hear will be something like ‘that company is well structured and we can see their impact.’

“Like I told you, I won’t be looking for a hand that will do a job; if I know the community person can do it, I don’t need to go far away to do it; it makes it easier for you. A lot of them from the community are managers in this company probably because we are indigenous, probably, it is also helping.”

However, despite all the positive reviews, the company is not exempted from the challenges in its operational environment, chief among which is finance.

Commenting on challenge of accessing finance and what the company is doing to surmount same, Duntoye said, “There is no business concern that wants to expand that will not have challenges with financing. It could be your working capital, and your payment is not coming as it should be from your clients. However, to address this, we bank with a lot of financial institutions and it has been up and about but it is something that we have been able to keep above board.”

“To make your project work, you point in your invoice; you tell your client the true situation.  There will be back and forth, there will be challenges. Meanwhile our bankers are also there to see what we are doing, to know the projects we have at hand and to show up when it is required.

“We believe that consultation with stakeholders also matters. But by and large, things have been okay so far.  If not, we would have been out of business. But obviously, it is a big concern, because you need money to pay salaries, buy consumables, and to equip yourself.

“The yard was not like this when the shareholders took over. A lot of money, above $50 million has been spent for equipment, for land, for upgrading of the yard,” he added.

Duntoye                lamented the inability of Aveon to access the Nigeria Content Development Fund, despite the fact that it is not defaulting in its contributions.  He called on the authorities to help remove the hindrances to accessing the fund.

On plans for the future, Duntoye said: “I see a bright future, the evidence are there. You don’t have to start looking at what will work because to build a car in this country for example, I see 100% home built Nigerian cars but I think that shouldn’t be a problem to do because you know how it works, you know what you need.

“For us it is bright, but I think probably we need to get our acts together; the executives, the legislature, even from the presidency to the governors as well as well-meaning Nigerians.”