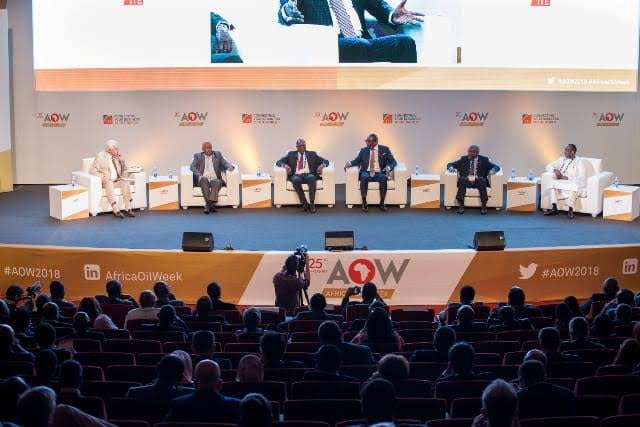 The organisers of Africa Oil Week said that they have crafted a programme that puts deal-making front and centre of the agenda for the 1500+ delegates that will be attending the 2019 edition of AOW. Adding that this was following its consultation with two expert advisory boards and countless interviews with the industry players and stakeholders.

For 25 years, AOW has acted as a central hub for decision-makers in the African oil and gas sector, bringing together delegates from Marrakesh and Maputo to Lagos and Lusaka in Cape Town each November.

According to the organisers, the 2019 AOW will include the following dynamic features designed to foster business development:

NOG 2021 to Host Government, IOCs and Industry Stakeholders Safely And In Person This July 2021

Projected to host 20+ government Ministers and 150+ CEOs, VPs and Investors in 2019, the aim of the Ministerial & VIP Programme is to act as a catalyst which moves projects towards Final Investment Decision. With a dedicated team on hand to facilitate introductions, delegates taking part in the Programme will be fast-tracked to the best opportunities in the African upstream.

In the words of Kael O’Sullivan, Director of Investor and VIP Relations: “A key aim of ours for the 2019 Summit is to ensure that capital is connected to the right opportunities.

“The Ministerial & VIP Programme is key to these efforts and will bring together the top 150 decision-makers and influencers in the African upstream space for investment and deal-making. This core group, we believe, will play a major role in the future development of the sector and, by extension, the economic development of Africa.”

Prospect Forum
After a well-received 2018 launch, the Prospect Forum returns to AOW this year with three days of insights into the most exciting plays across Africa.

The data revealed at the forum will help define where Operators and Geophysical companies allocate their investments and attention during the coming years. Expect to hear from Independents including: Steve Jenkins, Chairman of Savannah Petroleum, Edward van Kersbergen, Founder and Chairman of Mazarine Energy and global geophysical players including: TGS, PGS and ION.

Bidding Rounds
Aiming to match the success of last year’s Ghanaian, Congolese (ROC) and Sudanese licencing rounds, which resulted in the issue of multiple shallow-water licences, it has been confirmed that further African nations will be offering licenses at the conference this year. Further information will be released soon.

Wells to Watch
The 26th Africa Oil Week will unveil the first-ever Wells to Watch insight series, which will give delegates access to brand-new proprietary information about the most promising prospects on the continent. Highlights include Scott Macmillan, Managing Director of Invictus Energy presenting Zimbabwe’s SG 4571 and Alexander Mollinger, COO of Discover Exploration presenting Comoros blocks 35, 36 and 37.

Shell, Other IOCs Take On Pioneer Students Of RSU CoE In Offshore Engineering