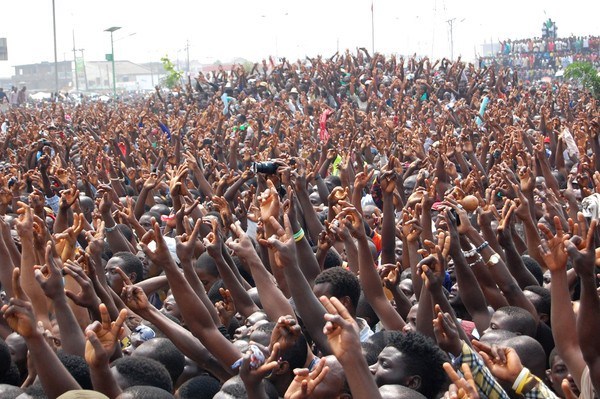 Youths Vow to Resist SNEPCO’s Movement out of Onne

Youths in Rivers State have restated their opposition to the alleged plans by Shell Nigeria Exploration & Production Company to relocate its Supply Base from Onne, Rivers State, to Lagos, vowing to stop any ship that tries to load the property of the company from sailing.

Workers at the supply base; the Paramount Ruler of the Onne community, King Dennis Osaronu; as well as former Niger Delta warlord and the Amanyanabo of Okochiri Kingdom, Okirika Local Government Area of Rivers State, King Ateke Tom, have called on SNEPCO to shelve the planned relocation in the interest of peace in the Niger Delta region.

The President, OYC, Philip Tenwa, said no ship would be allowed to leave Onne with the property of SNEPCO because the relocation of the company would lead to the loss of more than 5,000 direct and indirect jobs in the community.

He also warned against surreptitious removal of the company’s property from Onne, saying this would be counterproductive.

Tenwa alleged that SNEPCO recently directed that all its property and equipment, including turbines, engine spares and miscellaneous equipment spares be loaded into containers and moved out of the Onne Port, where it has operated for more than 20 years, to another port in Lagos.

The OYC leader stated that apart from the small entrepreneurs and contractors, whose businesses would be affected by SNEPCO’s relocation, moving the supply base out of the Onne Free Zone would negatively affect the economy of Rivers State and the larger Niger Delta region.

“It will also put the means of livelihood of many families and the future of our children at risk as well as further swell the growing unemployment market in the Niger Delta region,” he added

Earlier this month, the IYC had said it would not allow the 2019 general elections in the Niger Delta region if SNEPCO failed to reverse the relocation of its logistics base from Onne to Lagos.

The IYC President, Oweilaemi Pereotubo, maintained that the company’s resolve to move vital equipment, including turbines to Lagos from the Onne Free Trade Zone, where it has been operating for over 20 years, would lead to loss of thousands of jobs.

“Our position on the relocation is irreversible and we are demanding that if they do not relocate to the Niger Delta between September 2018 and January 31, 2019, the Ijaw will ensure that there are no elections in the South-South come 2019.”