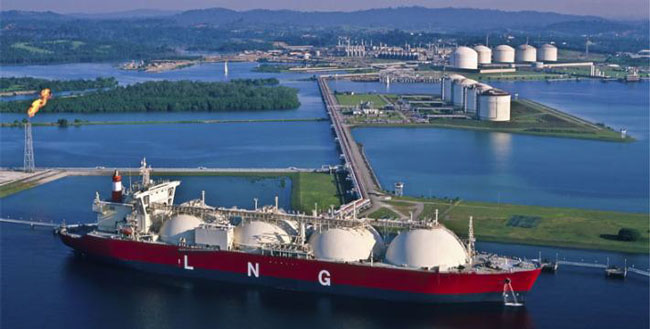 There are fresh plans to settle the tax dispute between the Nigerian Maritime Administration and Safety Agency (NIMASA) and the Nigeria Liquefied Natural Gas Limited (NLNG). The issue has lingered since 2013.

NLNG Managing Director/Chief Executive Officer, Babs Omotowa told journalists that the company plans to urge the Transportation Minister Rotimi Amaechi and NIMASA Director-General Dakuku Peterside to engage the lawyers handling the case to fast-track it so that the court will give its judgment and end the feud.

“We have met with the Minister of Transportation, Rotimi Amaechi and explained the situation to him. He was keen to see how he can work and get NIMASA to work with us to get the case resolved because for us, the more important thing is to resolve the case.

NLNG and NIMASA had been locked in legal battle since 2013 over the issue of non-payment of certain statutory levies and charges which NIMASA claims are due to it from the NLNG. NIMASA wants to be collecting the three per cent of gross freight earnings or any other sums further to section 15(a) of NIMASA Act 2007 on all of NLNG’s international inbound or outbound cargo ships.

The NLNG (fiscal incentives, guarantees and assurances) Act gave a pioneer status to the Company and Section 2 gave it a tax relief period of 10 years. As stated, “Notwithstanding the provisions of section 10 of the Industrial Development (Income Tax Relief) Act, the tax relief period of the company shall commence on the production day of the company and shall continue for a period of 10 year. However, the tax relief period shall terminate when the cumulative average sales price of liquefied natural gas reaches $3 per Million Metric British Thermal Units as calculated in the First Schedule to this Act in accordance with which such calculation shall only be made annually at each anniversary date.”

Govt Urged To Encourage Women In Maritime, Oil And Gas…

The Act establishing NIMASA – that is NIMASA Act 17 of 2007 merged the National Maritime Authority and the Joint Maritime Labour Industrial Council (JOMALIC).  Section 2 (1) of the Act states: “This Act shall apply to ships, small ships and crafts registered in Nigeria and extend to ships, small ships and crafts flying a foreign flag in the exclusive economic zone, territorial and inland seas, inland waterways and in the ports of the Federal Republic of Nigeria. But it further said that, “This Act does not extend to warships and military patrol ships,” which are the only ships exempted from NIMASA’s jurisdiction.

On funding of NIMASA, the Act provides that the organisation “shall be funded by monies accruing to it from three per cent of gross freight on all international inbound and outbound cargo from ships or shipping companies operating in Nigeria among others.”

Oil & Gas Industry Must Take a “Coordinated and…