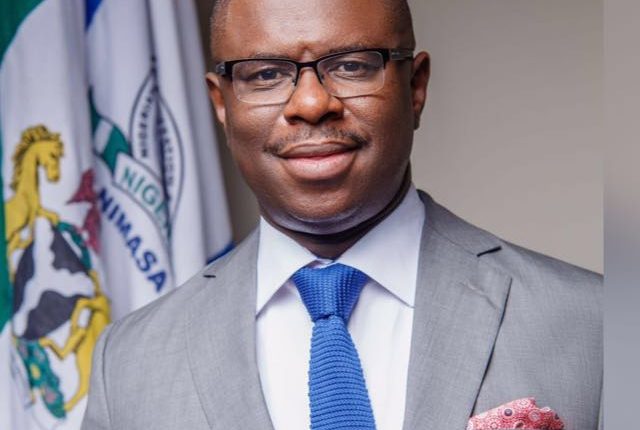 The Nigerian Maritime Administration and Safety Agency (NIMASA), has emerged the winner of the 2016 Public Organization of the year award organized by TELL Magazine Nigeria Limited.

During a recent visit to the Director General of NIMASA, Dr. Dakuku Peterside to inform him of the award, the Chairman, Awards Committee of TELL Magazine, Mr. Babs Alasa said the process leading to the award of Public Organization of the Year to NIMASA began with a call for nominations from the public. He said the nomination brought out three organizations, with NIMASA earning the highest percentage of the votes to beat the other two. “Credibility is key to the process”, he assured.

Accordingly, respondents were of the opinion that NIMASA under the leadership of Dr. Dakuku Peterside has undergone total reforms which has seen it playing its expected role as a facilitator of economic prosperity in the maritime sector, a position Vice President Yemi Osinbajo corroborated during the 3rd conference of the Association of African Maritime Administration, (AAMA) which was hosted by NIMASA in conjunction with the International Maritime Organization (IMO).

The recently approved Maritime Security Architecture and Infrastructure to be jointly coordinated by the Nigerian Maritime Administration and Safety Agency (NIMASA), the Ministry of Transportation and the Office of the National Security Adviser (NSA) is seen as one major reason Nigerian voted the Agency as the Public Organization of the year.

In addition, the full automation of all NIMASA operational processes and the restructuring of the Agency that has led to semi-autonomous zonal operations so that functions such as issuance of Sailing Certificates, payment of bills and other operational procedures decentralized are seen as enhancing the Federal Government’s ease of doing business initiative to attract Foreign Direct Investment into Nigeria.

The present management at NIMASA has intensified the Agency’s drive to ensure strict ISPS Code compliance and the result is that Nigeria now has a compliance rate of almost 80% as 114 Port facilities out of the total 145 ports in Nigeria are now fully ISPS compliant. This is considered a remarkable achievement considering the fact that NIMASA was only appointed the Designated Authority for the implementation of ISPS Code in Nigeria barely 5 years ago when compliance level was barely 13%.

So far, 1045 beneficiaries have graduated from the project, representing 42% graduates of the over 2500 NIMASA sponsored beneficiaries.

The challenge of sea time which hitherto was a challenge has now been resolved as Dr. Dakuku and his team have been able to engage schools in Egypt, United Kingdom (UK) and Turkey to directly facilitate sea time training for NSDP graduates. 300 graduates are to get their sea time training through Arab academy in Egypt, over 220 to get sea time facilitated by South Tyneside College in south shield in the UK, while another 400 will acquire sea time through training institutions in Turkey.

The Awards according to the organizers, slated for June 17, 2017 at the Civic Centre, Victoria Island, Lagos also has as recipients; Asiwaju Bola Ahmed Tinubu who emerged winner in the National Icon of Democracy category, Governor Ben Ayade of Cross Rivers State as the Governor of the year, Nigeria’s First Lady, Mrs. Aisha Buhari as the Woman of the year, and late Dele Giwa as the all-time “national icon of freedom of speech”, amongst others.

Pipeline vandalism rises by 91% in one month