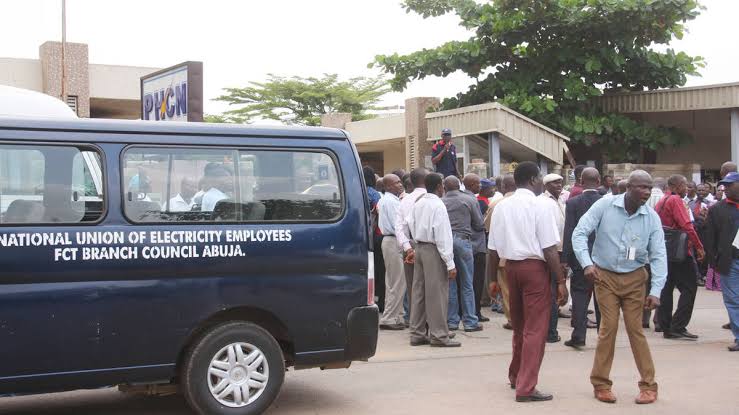 Amidst myriads of problems confronting the Nigerian power sector, electricity workers under the aegis of the National Union of Electricity Employees (NUEE) have threatened to embark on nationwide strike if their demands are not met.

The General Secretary, Comrade Joe Ajaero who disclosed this to journalists explained that since they only suspended the strike because of national interest but did not call it off. He hinted that the workers would embark on strike if the government fails to implement the agreement reached with them.

just as both NUEE and its senior sister union, the called on all stakeholders to join hands to rescue the electricity sector from going down the drain.

In the same vein, their senior counterparts, Senior Staff Association of Electricity and Allied Companies (SSAEAC)have countered NUEE, saying the suspended strike was, in the first place, illegally prosecuted by the junior employee union, as conditions precedent to strike were not followed.

President General of SSAEAC, Chris Okonkwo, told members of journalists that they have written a letter to the Minister of Labour and Employment, as well as the Minister of Power, adding that a copy of the letter has been sent to the presidency, detailing why the strike was a wrong approach to tackling the problem.

The General Secretary of NUEE, Comrade Joe Ajaero at the 6th quadrennial/11th national delegates conference of the union in Lagos at the weekend urged the government to implement the agreement it signed with the union which necessitated the suspension of the strike to avert a resumption of the action.

The industrial action embarked on 11, 2019 by the union had left the entire nation in total darkness, as workers, offices of various electricity distribution companies were locked up and businesses in the power sector prevented from operations.

The action was suspended the following day, December 12, after the representatives of the Federal Government and others signed an agreement to look into the workers’ demands.

The workers, through NUEE, had accused the Bureau of Public Enterprise (BPE) of failure to fully pay the over 2,000 disengaged workers of the defunct Power Holding Company of Nigeria (PHCN) since 2013.