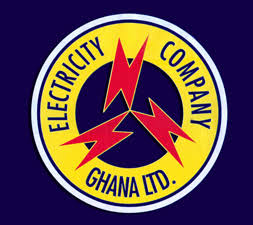 The Electricity Company of Ghana (ECG) – Power Distribution Services (PDS) has come under probe with the Trades Union Congress (TUC), Ghana, urging the government to thoroughly investigate the scandal and expose all those behind the debacle.

Minister of Information, Kojo Oppong Nkrumah, had on July 30, 2019 announced the suspension of the ECG/PDS agreement with immediate effect because government had detected “fundamental and material breaches” in PDS’ obligation in the provision of payment of securities for the transaction, five months after the deal came into effect.

According to a report by the Ghanaian Times yesterday, the Minister had said the demand guarantees were “key prerequisite” for the lease of assets on March 1, 2019, to secure the assets that were transferred to the concessionaire. “Government is conducting a full enquiry into the matter and the outcome will inform the next course of action,” Nkurumah stated.

The union workers in the statement they issued on Wednesday are insisting that Ghanaians need to know all those who were responsible for this botched deal. According to them, “a transaction of this nature, which affects such a sensitive sector should have been treated with the highest level of care and tact. The alleged failure of [Millennium Development Authority] MiDA to verify and ascertain the authenticity of the guarantees submitted by PDS before handing over the assets and business of ECG to PDS will be shocking if it turns out to be true.

“The role of International Finance Corporation (IFC) of the World Bank, as a transaction advisor in this deal, needs to be properly appraised. The ownership of the consortium of domestic firms or individuals that are holding 51 per cent share in PDS must also be examined properly.”

The TUC commended the government for acting swiftly to protect a strategic national asset of very high value when the government had cause to suspect wrongdoing in the acquisition of demand guarantees. “We expect government to expedite action on the investigations because if the impasse persists it could affect the efficient delivery of electricity,” the TUC added.

On the conversion of ‘take or pay’ power purchase agreements to ‘take and pay’ as announced by the Finance Minister, Ken Ofori-Atta, in the mid-year budget review, the TUC said the government took the right decision to save the country cost.

Insufficient Infrastructure, is the Clog on the Wheel of…

“We support government’s policy to renegotiate the deals to convert all Take-or-Pay contracts to Take-and-Pay contracts immediately. After a successful negotiation we expect to see a meaningful reduction in electricity tariffs,” the TUC said.

The TUC said however that there was the need for the government to take advantage of the excess generation capacity to extend electricity to every part of the country. “Currently, over 5 million Ghanaians do not have access to electricity. We cannot continue to pay for excess capacity when millions of Ghanaians are in darkness.

“We urge government to do whatever it takes and in the shortest possible time, to ensure that all Ghanaians enjoy the privilege offered by access to electricity,” the Congress statement observed.

Among the indicators the Congress mentioned, including the growth of the real GDP (non-oil) by 6.5%; drop of end-of-period inflation to 9.4%; overall budget balance of -3.9% of GDP; primary balance of 1.4% of GDP; with gross international reserves being 3.6 months of imports of goods and services.