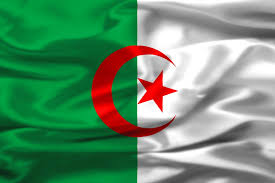 Addressing local press in Algeria, the energy minister, Mohamed Arkab assured that “current national expertise is capable of carrying out this project in all its stages, from study to final implementation.”

The minister said with the solar power construction, the country plans to develop a new electricity consumption model based on a shift in the use of the country’s energy resources. This would, for example, increase industrial consumption to 30% of the energy consumed in the country, the minister explained, adding that the new consumption model envisages giving a high priority to renewable energies.

A solar power plant was installed for the first time in Algeria in 2011. Since then, the country has developed the sector and now has 22 power plants that produce electricity. However, Algeria occasionally experiences power cuts, particularly in the Annaba region in the east.

This situation is attributable to the “obsolescence of the distribution networks”, the minister recalled. To remedy this, “projects in the electricity generation and transmission sector have enabled to bring light to many dark areas”.

Algeria’s photovoltaic solar potential is 2.6 million terawatts/hour per year. This figure is 105 times higher than the world’s electricity consumption. This North African country has implemented the National Renewable Energy Development Programme (PNDER) through which it plans to install 22,000 MW, with an investment of $34 billion. The implementation of this programme will enable the country to achieve 27% renewable energy in the national energy mix by 2020.

This will generate an annual saving of 38 billion m3 of natural gas, which emits greenhouse gases.