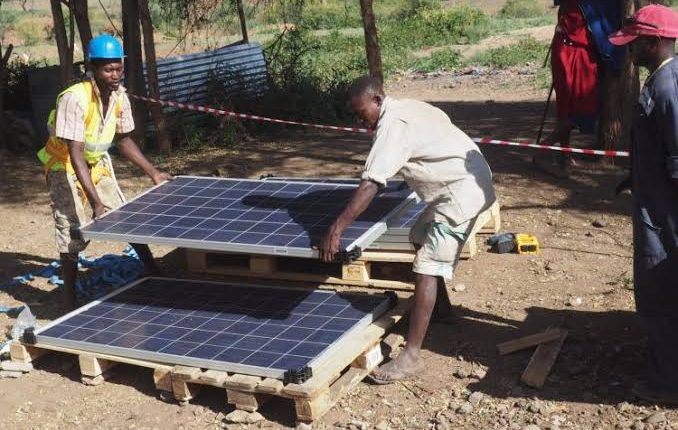 The United Kingdom, France and the Netherlands have opened a strategic investment portfolio involving the commitment of $350 million in solar energy in Africa and electricity storage. Details of the investments include UK, $250 million, the Dutch, $44 million, and France, $55 million.

The investment comes at a time the continent is relying on renewable energy to provide access to electricity for its population, analysts said yesterday

According to the portfolio, countries in sub-Saharan Africa will benefit from new funds to improve electricity supply. “It is a $350 million commitment from France, the Netherlands and the United Kingdom. The latter will provide the greatest effort,” Afrik21 news agency said in a report last weekend.

According to the report, the Dutch government plans to invest $44 million which would be used to finance solar off-grid in sub-Saharan Africa. “It is a widely used solution in several countries, which aims to compensate for the weakness of national electricity grids,” the report said

The Dutch funding will make it possible to provide off-grid to households, companies or public institutions. For households in rural areas, solar home kits are often preferable. The system is said to the quite widespread, in view of private companies that are surfing on the “mobile money” trend, the mobile phone payment solution that is available all over Africa.

For its part, France, through the French Development Agency (AFD), plans to inject 55 million dollars. The funds will be allocated to independent private investors (IPPs) who are developing small solar projects across the African continent. In concrete terms, through the African Trade Insurance Agency, the AFD will provide guarantees to IPPs on their projects.

The $100 million provided by France and the Netherlands is part of the Solar Risk Mitigation Initiative (SRMI). It is a joint initiative of the World Bank and the French Development Agency (AFD) to mitigate the risks associated with solar projects in Africa.

“The ultimate objective is to address the political, technical and financial issues related to the increased deployment of solar energy, particularly in some low-income countries,” the agency said in the report

On its part, the United Kingdom wants to allocate up to $250 million to middle-income countries around the world, most of the countries being on the African continent. The funds will be invested in electricity storage, an important issue in the development of renewable energy sources.

“Energy storage is essential to maximise the use of renewable energy sources such as solar and wind power,” the report quoted the director of Energy and Extractive Industries Riccardo Puliti, who is also Africa regional director for infrastructure at the World Bank.

Britain’s $250 million investment is part of the global energy storage programme and targets an investment of $1 billion, which could lead to a battery storage capacity of 17.5 GWh by 2025 in developing countries, the report said.

For the moment, we are still far from achieving this goal since the installed capacity of battery storage systems is between 4 GWh and 5 GWh, Puliti said.