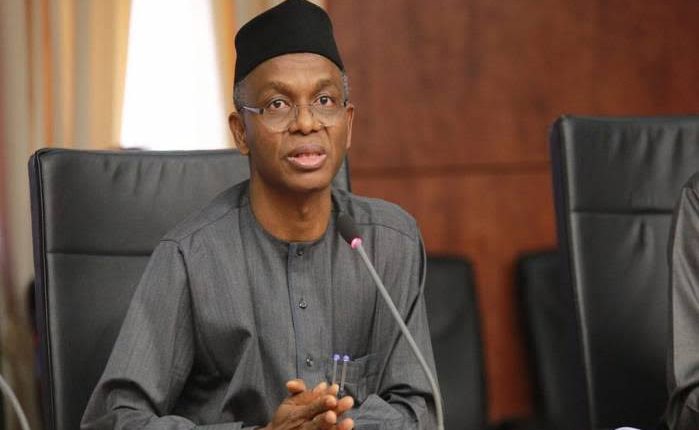 The National Economic Council (NEC)’s committee on review of the status and ownership of Electricity Distribution Companies (DisCos), says it will seek contributions from the general public on how to solve the challenge of electricity in Nigeria.

Gov. Nasir el-Rufai of Kaduna State, who chairs the committee, briefed State House correspondents after the NEC meeting presided over by Vice President Yemi Osinbajo, on Thursday at the Presidential Villa, Abuja.

El Rufai said that the committee presented a report to NEC on the progress made so far and also on the need to get inputs from as many Nigerians as possible.

“The committee met five times since its inauguration of Dec. 5, 2019; we have significant progress in getting presentations from all the stakeholders in the electricity supply industry.

“We all agreed that the electricity supply industry is broken and the situation of the power sector is a national emergency that requires all hands to be put on deck to interrogate why the sector is not working for the overall progress and benefit of Nigeria and Nigerians.

“We updated NEC on what we have found so far, and promised that work on this will continue and we will submit our report in the shortest possible time.

“But the electricity industry is complicated; it is quite complex and technical; even those of us that have been asked to be members of the committee are learning a lot in the various presentations; sometimes conflicting presentations are received from various stakeholders in the power sector.”

He said that there was need for an honest national conversation to find a way to fix the sector as the country would never make progress, create jobs or industrialise without a functioning electricity industry.

“As part of our request, we asked from NEC to not only receive memoranda and inputs from participants from the industry, but, for the very first time, to open this conversation to members of the public.

He said that the second NEC committee was tasked on leveraging a portion of the accumulated pension funds for long-term investments in infrastructure.

El Rufai said that in 2019 Budget, the budget for construction and maintenance of federal highways was about N200 billion.

He said that the approved budget of 2020 for construction and maintenance of all the federal highways was something in the region of N169 billion.

He said that if the country continued budgeting N160billion, N200billion, N300billion, even N500billion, it would not have functional roads.

“We must find a way to unlock large amount of monies that can be used to reconstruct our highways and maintain existing highway, and we will not be able to do so with N100, N200, N400 billion every year.

“What we have found in every country that we virtually studied is that these highway infrastructures were constructed using long-term funds both by federal, state governments as well as the private sector.

“The question is where do we find this long term funds? when we started the pension reforms, when I was head of BPE in 2002, 2003, the whole idea was to fix a problem that faced Nigeria at the time.  People were dying queuing to receive their pensions.

“But in the process of solving that we realised that there is a long term opportunity through contributory pension schemes to accumulate large amount that can be used to invest in long term projects like infrastructure.’’

According to him, it is done in Chile,  South Africa and many other developed and developing countries.

He said that those countries used the pension funds as long-term funds to develop infrastructure and other key sectors of the economy.

“Today, as at December last year, Nigeria has about N10 trillion in its Contributory Pension Fund.

“This is long-term money, contributed by young people that have 20 to 30 years to retire; so, the money will be there.

“It is growing every month by between 100 and 200 billion; so, today, we are speaking of N10 trillion; in about a year, we will be speaking of N11 to N12 trillion; this is the beauty of pension funds,’’ he said.