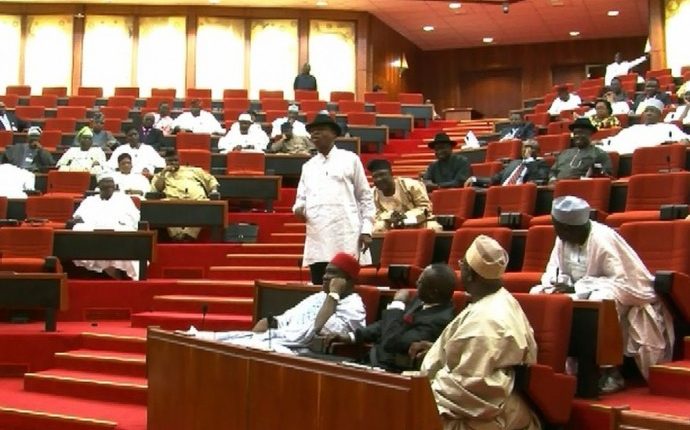 The Senate Committee on Power led by its Chairman, Senator EnyinnayaAbaribe, on has expressed worry over liquidity crunch in the power sector just as they cast doubt on the financial and technical ability of the private investors in the power sector.

The Committee members who were on oversight visits to government agencies in the power sector were at the Nigerian Electricity Regulatory Commission (NERC) in the week. The lawmakers queried the reduction in cash collection which they claimed notched N15billion before privatisation but to about N5billion, even as electricity distribution companies relied on estimated billing rather than metered their customers.

Abaribe retorted, “Are you sure the privatisation of the power sector is producing the needed result with the underperformance by the new investors” even as he assured of his Committee’s readiness to give the needed empowerment to the Commission to ensure that it perform its regulatory functions effectively.

Addressing the Committee members, the acting Chairman, Dr. Anthony Akah, said that the Commission was changing its regulatory approach from being soft handed as was adopted when the operators came on board three years ago to strict applications of rules and regulation to ensure operators in the value chain play by the rules and regulations.

Akah said that such strict applications of rules and regulations would be balanced with efforts to remove obstacles militating against optimal performance of licensees in the power sector.

He cited imposition of sanctions on erring operators in nine different instances within the last four months as indications of the change in regulatory tactics, even though some of the sanctions are been appealed in courts, he assured that the operators would be guided back on the track.

He listed some challenges to strict applications of rules and regulations as the inability of some of the critical stakeholders to meet the conditions precedent.

According to him, “the operators are hiding behind judicial proceedings to prevent posting of letter of credit and possibility of escrowing their account,” thereby frustrating strict compliance with contractual obligations as well as causing liquidity problem in the sector.

Akah, however, assured that some of the electricity distribution companies which had initiated the court proceedings are beginning to see the futility of the exercise and may soon withdraw the suit they instituted.

He said that the Commission through its regulatory initiative facilitated 40 megawatts by Paras Energy in Lagos even as he advised the lawmakers to impress it on their respective state government to take interest in investing in the power which is on concurrent list in the constitution.

Experience in Nigeria, according to him, is not different from most other countries where power sectors have been privatised especially in the first five years when teething problems are managed but that Nigerians must begin to treat electricity as a product that has its cost of production.