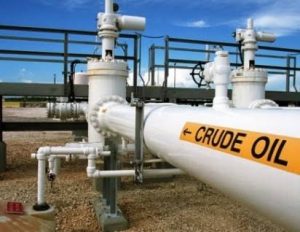 The Nigeria Liquefied Petroleum Gas Association (NLPGA ) on Wednesday said that its Executive Secretary, Mr Joseph Eromosele, had been suspended over alleged fraud running into millions of dollars.

Mr Felix Ekundayo, the Deputy President of the association, told the LPG stakeholders at the fact finding mission held in Lagos to know why Eromosele defrauded international conference participants.

Ekundayo said that the association discovered the atrocities committed when all the participants who paid for the summit could not access their booking online, this was reported to the association’s executive members.

Ekundayo, said that the executive members of the association at various meetings asked Eromosele about the summit, but he was always came up with excuses.

“When we heard about the issue, we constituted an emergency meeting. Eromosele was immediately cut off from communication, and off all the platforms of the NLPGA, and disclaimers went out.

“The matter is being handled by the police,” he added.

The executive secretary was discovered to have allegedly diverted all monies meant for the organisation of the 5th Africa LPG Summit 2018, which failed to hold in Lagos last month.

A report, which was made available to journalists, said that the organisers, All Events Group Pte Ltd, were working with Eromosele through its Director of LPG Summit, Vincent Choy, to organise the summit, which failed to hold as planned.

The reports said that cancellation of the Africa LPG Summit just days before the start of the event had placed enormous financial loss as well as loss of reputation on the summit.

The report said that Choy had tendered his resignation as the Director of LPG Summit,” the organisers said in a report sent to the NLPGA.

“ Up to the day of our flight, June 15, the letter of approval for the visas were not issued and we were forced to cancel our flights.

“We advised all the participants, who had been relying on NLPGA to organise the VOA that they were not going to be available, and we had no option but to cancel the event.

“All the other exhibitors and speakers who were asked to apply for their own visas because they submitted their application late were able to obtain their visas,’’ the report said.

The report said that the organizers reported that the President of the NLPGA, Mr Nuhu Yakubu, were unaware that NLPGA had been working with them as a co-organisers.

The report added: “The VIPs, including the Minister of (State) for Petroleum Resources, who Joseph has confirmed and asked us to pay his accommodation (suite), had no knowledge that the event was taking place.

“We suspect that the Executive Secretary of the NLPGA was acting alone and that the visas were not submitted properly to the immigration office and all the planning for the event that we thought was in place had not been done.

“As a result, we were forced to cancel/postpone the event and suffer significant costs and claims from exhibitors for cancelled flights and other costs because they were unable to travel.

“Also the funds, which have already been transferred to Mr Joseph Eromosele, the Executive Secretary of the NLPGA, are at this moment unaccounted for.”

According to the report, the first and second editions of the Africa LPG Summit were held in 2014 and 2015 in Kenya; the third and the fourth took place in Tanzania, and South Africa.

When contacted the association’s president on phone, he said he was out of the country, saying the incident was quite unfortunate.

“Eromosele been suspended from the association and the case has been referred to the Special Fraud Unit for proper investigation,’’ he said.