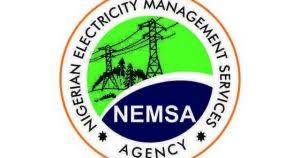 The order comes to them despite a ban by the Nigerian Electricity Management Services Agency (NEMSA) restraining the 11 Distribution Companies (DisCos). This situation spells a fresh crisis in the muddy power sector which the Minister of Power, Engr. Sale Mamman, was working to realign.

NEMSA, which had its Act in 2015, issued the ban in 2015 and 2019 without NERC’s objection, said in a statement that it is committed to safety concerns and that the act denied more consumers of power supply under the 11KV lines.

Meanwhile, in the reminder on June 26, 2020 raised dust, it also said the incessant use of the 33KV lines by elite homes was causing national power grid disturbances resulting in multibillion naira losses. There have been over 110 system collapses since 2010.

NERC in a letter titled, NERC/02/EPM/COMM/1/20/014, ordered the DisCos to ignore the NEMSA ban. Chairman of NERC, Prof. James Momoh said, none of the regulations has restricted 33KV feeders to delivery of power to injection substations only.

“Therefore, the “directive’ of NEMSA banning 33/0.400KV point load connection is not backed by any regulation and hence is of no effect,” the NERC letter signed by the Chairman, Prof. Momoh stated. It warned the DisCos to comply or face sanction on their licence terms. “Please be guided accordingly,” Momoh warned.

But NERC in an order of August 2, 2011, admitted these safety concerns raised by NEMSA when it banned DisCos from connecting customers on the 33/.044KV line without the 11kV line. NEMSA, however, insisted that the ban was in force as it wrote to the DisCos on July 17, 2020. It also sought the intervention of the power minister, and the oversight committees of the National Assembly.

Nigeria’s Oil Export Margins May Remain Negative for Some Time