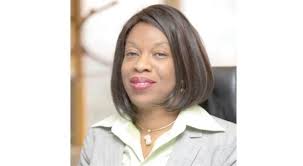 The Managing Director of the Nigerian Bulk Electricity Trading Plc, Marilyn Amobi, on Tuesday defied the order by the Minister of Power, Sale Mamman, to immediately vacate office and hand over to a new appointee as she continued her official duties.

Mamman had on Monday, for the second time, ordered the immediate dismissal of Amobi as NBET’s boss, even as he named a replacement and directed that Amobi immediately hands over to the Rumundaka Wonodi.

Amobi, who was replaced by the company’s General Counsel and Secretary, Nnaemeka Eweluka, was in December 2019 removed from office after Mamman ordered her to vacate the position.

But in January this year, the President, Major General Muhammadu Buhari (retd.), overruled the dismissal of Amobi as NBET’s boss in a memo issued by the Secretary to the Government of the Federation, Boss Mustapha, in which the embattled MD was directed to return to office.

But on Monday, a letter signed by the Permanent Secretary of the finance ministry, Mahmoud Isa-Dutse, stated that the President had directed that Amobi should serve out her tenure, which ends on July 24, 2020.

The letter also reportedly stated that she should hand over to the newly appointed managing director, adding that her handover notes should be copied to the power and finance ministers.

It was gathered in Abuja on Tuesday that the embattled MD decided to continue her job as NBET boss based on the directive contained in the letter signed by the permanent secretary of the finance ministry.

Officials of the agency confirmed to our correspondent in Abuja on Tuesday that Amobi discharged her duties as managing director despite the dismissal order from the power minister that directed her to hand over to Eweluka.

The approval for her to serve out her tenure was conveyed in a June 8 memo that was attached to a June 15 letter from the finance ministry asking the embattled MD to complete her term in office, which, however, countered Mamman’s Monday order.

Amid the commotion, it was, however, learnt on Tuesday in Abuja that Buhari had returned the agency to the power ministry, as its functions are purely power-related.

“If the Minister of Power has been permitted and has received approval from the President to issue a letter of appointment to an agency’s head, it means that that agency belongs to the Ministry of Power,” a senior official at the FMP, who pleaded not to be named due to the sensitive nature of the matter, said.

“These issues have been sorted out and the President has returned NBET to the Ministry of Power,” the official said, adding that the Office of the Chief of Staff was already aware of the development.