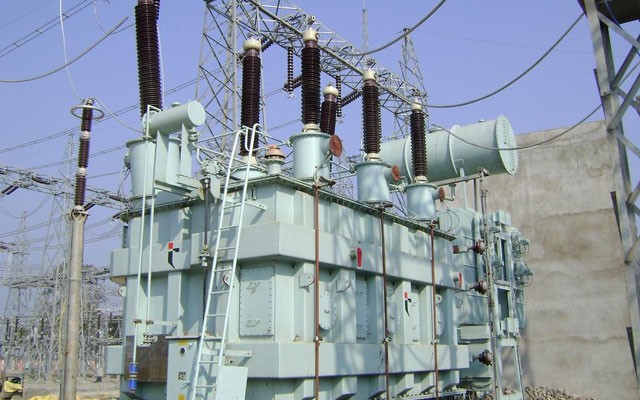 The threat to close shop manifested at the maiden national public consultation forum where electricity consumers, comprising households’ consumers, hoteliers, steel manufacturers, cooperative business society in Abuja and other service providers met at the NERC-organized forum, convened to brief electricity consumers in Nigerian on the activities of the Commission regarding the recent adjustment in tariff of commercial and industrial consumers of electricity. The manufacturers declared that the new tariff in the MYTO 2.1 which came into effect on January 1, 2015, was done in bad faith without due consultation with them.

The aggrieved customers, however, warned the Nigerian Electricity Regulatory Commission, NERC, to immediately suspend the implementation of the tariff increase or be prepared for industrial crisis that will completely paralyse activities in the sector. Some argued that administering the tariff wrongly will impact negatively on the economy, while others bemoaned lack of uniformity in the tariff order.

The Steel Manufacturers Association took the bull by the horn, describing the current Multi Year Tariff Order, MYTO electricity tariff regime as totally absurd.  The coordinator of the Ikeja branch of the group, Prince Felix Okojie, stressed that implementing the tariff would imply that consumers in the productive and commercial sector would be paying N28.28 percent per Kwh or more as minimum unit charge, while other African and industrialized countries’ rates ranged between N3 to N21 per Kwh.

The comrade further explained that if implemented, the newly introduced tariff will paralyse most companies on the D3; lead to sacking of workers and increase in price of commodities, especially iron, and may ultimately lead to closure of many factories.

Okojie explained: “In the MYTO, it was not stipulated that the five year plan, which started on 1st of June 2012 was going to be distorted at any time.”

“Coming at the middle to increase, and not just a mere increase but an increase of almost 44 to 45 percent is completely destructive. It is like nobody is actually thinking about the progress of the industries in the country. You don’t just wake up from nowhere and begin to disrupt a long term plan, because we are talking about the survival of industries in Nigeria and you know that the private sector is the main economic drivers in this country, so they must bend backward.

“If they insist, we cannot pay the bills and the only options open to us is to close the factories and more Nigerians will be thrown into the (unemployment) market, and insecurity will increase. That is why we are asking NERC to think back, because their decision is anti-progress. It does not help the Nigerian industrial revolution plan”.

African Energy Chamber Appoints Nze To Lead Lobby In The…

“Presently, the steel industries are working on a very low profit margin of less than N1 per kilogram, and this cannot sustain a N7 to N8 differential prices amongst competing companies. The survival of companies based on this is therefore doubtful. We may as well start contemplating a shutdown should the commission insist. ”Okojie protested.

It would be recalled that, during the last review of the Multi-Year Tariff Order (MYTO) 2.1, which came into effect on 1ST January, 2015, residential customers have been exempted from the upward review for a period of six months, which will lapse in June 2015.

But both the manufacturers, commercial and industrial and domestic consumers at the forum in Abuja however kicked on the MYTO 2.1 upward review. Participants posited that the revised tariff is inexplicable following the fiscal, infrastructural and other challenges impeding economic activities in the country. While predicting the foreseen implications, the group urged NERC to continue to operate with the old MYTO order which will elapse in 2017.

Chike Ezekwe who represented Hotel Owners in his presentation, expressed regret that consumers, especially business owners were not consulted and their interest taken into account before the new tariff was announced.

It would also be recalled that the Manufacturers Association of Nigeria, Kano State branch, once expressed concern over what it described as indiscriminate increase in electricity tariff. The chairman of the association, Sharada/Challawa branch, Alhaji Safiyanu Baba, made the complaint while briefing newsmen in Kano recently.

He said the new tariff as released by Kano Electricity Distribution Company and the National Electricity Regulatory Commission indicated that customers in Kano would pay higher than those in Lagos. He noted that by implication, the production cost of goods in Kano would be very high as the cost of energy would be raised by about 48 per cent higher than that of Lagos.

“This means most of the finished goods in Kano will be more expensive than those produced in Lagos area, where energy cost is cheaper’’ he said.

In its reaction, the Nigerian Electricity Regulatory Commission (NERC) reiterated the imperative of the forum; the agency made it clear that the consultative forum is part of NERC’s regulatory mandate under the Electric Power Sector Reform Act (2005) to address concerns raised by electricity customers, laying emphasis on the fact that the consultation gave an opportunity for all stakeholders and the Commission to share ideas on how to combat inadequacy in the power sector and also discuss the way forward.

In his paper presentation titled “Seeking Innovative Solutions to Rising Energy Cost in Nigeria’’ the Chairman of NERC Dr. Sam Amadi noted the concerns of the utilities, the industrial and commercial customers on the quality of service and pricing of electricity in the light of shortage of supply of electricity and indicated that NERC is poised to change the structure of the industry to ensure sustainable electricity to businesses and homes.

He said “We are convinced that getting the tariff  structure right in this market is a critical component of series of actions that are required to fix the electricity industry in Nigeria’’.

Amadi further explained that the design of the tariff regime is based on the twin principles of allowing recovery of prudent cost incurred by an efficient operator, while ensuring customers pay only fair and reasonable tariff.

On the claim that tariff is reviewed arbitrarily without recourse to consultation with stakeholders, Amadi explained on the contrary: “customers are not very motivated to attend forums where issues affecting their interest are discussed, including making decisions on tariff review”.

He called for change in attitude from stakeholders by honoring invitations from the commission to attend public consultation and hearings being organized by the Commission.

He said that the Commission recognizes its responsibility to ensure adequate and reliable electricity supply to Nigerians and will continue to organize forums that would pave way for the voice of electricity consumers to be heard, especially industrial and commercial consumers on tariff setting and other activities of the Commission.

Meanwhile, the Manufacturers Association of Nigeria (MAN) has once again taken the association’s plea for tariff clemency to NERC’s headquarters in Abuja, in protest against the recent MYTO 2.1 review. The delegation to the Commission appealed for a reversal of MYTO 2.1 as they claim its implementation was impacting negatively on their operating costs.

Presenting MAN’s plea, its President, Mr. Frank Ndemba Jacob said the organization was worried about the rate of increase especially in the fixed charge component of the electricity tariff, saying its impact was too heavy on the steel and non-metallic companies, many of whom, according to Jacob, have threatened to shut-down and relocate to neighboring countries.

Jacob said that his members regard the recent MYTO 2.1 declaration as contravening the MYTO 2, whose five year tenure spans 2012 to 2017 and was used as the basis for their long term economic planning.

He, therefore, requested the continued application of MYTO 2 pending definite response to MAN’s request by the Commission. He pleaded that MYTO 2 should be allowed to run its full course rather than elongate its tenure by one year through introduction of MYTO 2.1.

Other pleas by MAN includes, a uniformed tariff for the manufacturing sector irrespective of their location, a reduction in fixed charges as indicated in MYTO 2.1 or possibly pro-rate it with energy consumption.

While giving the Commission’s assurance to look into their plea, NERC boss, Amadi said that migration to MYTO 2.1 was not an abuse of procedure as they were made to believe. He noted that the Commission is an evidence-based, rule-making body which sees the manufacturing sector as very critical to the economy.

Ironically, the Presidency appeared rattled following the heat the controversial review has since generated; sensing the danger inherent in its decision to hike electricity tariff in the eve of the 2015 general elections and the possibility of industrial action, which may probably spell doom for Mr. President’s re-elections. There are indications that President Goodluck Jonathan might have ordered Sam Amadi led NERC to consider reversal of MYTO 2.1 downward.

This was contained in a statement credited to the Honourable Minister of Power, Chinedu Nebo in the course of the controversial MYTO 2.1 increment. Nebo revealed that following the president’s directive, the NERC is now working on what percentage of the tariff to reduce.

The Minister said: “The President has given the Chairman of NERC a directive to review the tariff downward”

In addition, Nebo revealed that the commercial losses now incurred by the electricity distribution companies (Discos) are very huge due to electricity theft, while explaining that the federal government was yet to remit the N50 billion electricity subsidies due to the dwindling oil revenue.

Meanwhile, the Nigerian Electricity Regulatory Commission, NERC is yet to take any cogent action at the time of filing this report.