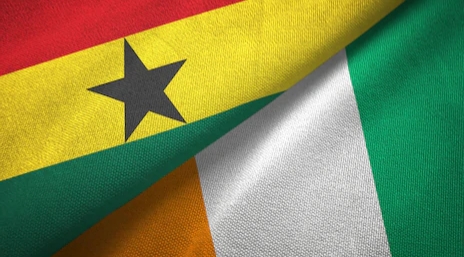 Ghana and Cote d’Ivoire have agreed to expedite the feasibility study of a project to build and operate a thermal power plant.

The plant which would be sited at the border of the two countries would be supplied with natural gas fuel from both countries and the power produced thereof would be dispatched to Ghana and Cote d’Ivoire.

Arising from a two-day meeting between the Senior Minister, Yaw Osafo-Maafo and the State Mediator for Cote d’dIvoire, Adams Toungara, a statement from the Senior Minister’s Public Relation Unit said that the two countries would be considering another important joint co-operation in the use of the gas from the both countries.

“The gas is going be utilised in the production of power to serve as an additional power hub for Cote d’Ivoire, Ghana and other West African countries,” the statement read.

The statement further stated Cote d’Ivoire would study and analyse the document and present it to Ghana during the next session in Accra.

During the two-day meeting, the parties discussed among other issues the draft framework agreement for cooperation regarding the maritime boundary, hydrocarbons and other natural resources particularly in the area of exploitation and utilization of seabed resources that may straddle the boundary

Western Region, A key Component Of Our New Vision For Africa – Tullow