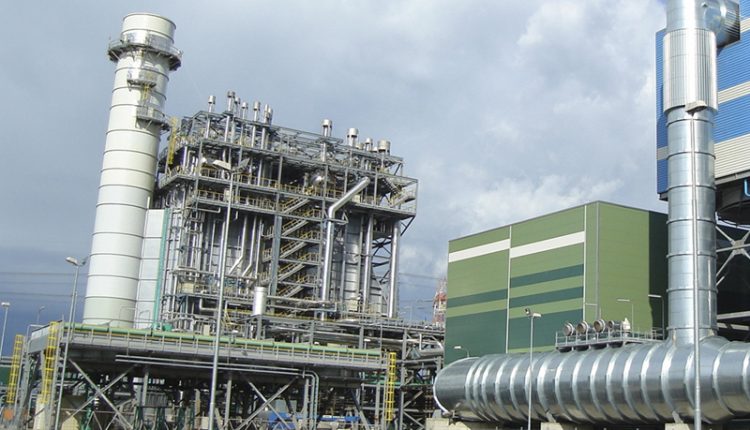 Last may not have been heard of the controversial electricity fixed charge that is generating rancor across the country, as an Abuja based civil society organization, Change Ambassadors for Positive Transformation, CAPT, recently called on the Federal government to relief Dr. Sam Amadi his appointment with immediate effect.

This call came on the heel of a recent query against the Nigerian Electricity Regulatory Commission, by the upper legislative chamber of the National Assembly, the Senate.

As would recall, the senators had in the query, asked NERC to explain the basis for the Discos’ inclusion of a monthly average fixed charge of N750 in the electricity bills of domestic consumers and others, and directed the regulatory body, as led by Dr. Sam Amadi, to immediately suspend the fixed charge, which it has been collecting from electricity consumers across the federation, while poor electricity supply lasted.

The query, which range from the Commission’s management of complaints by Electricity consumers; Bulk metering of customers; Customers sensitization; Payment for meters, Estimated Billings among which the abolition of controversial Fixed Charge was paramount. Electricity consumers in Nigeria pay both the fixed and energy charges. While the energy charge is for the actual amount of power consumed, the fixed charge is to recover the capital and fixed cost incurred by the various operators in the industry.

In its reaction and as part of its review measure in response to the Senate’s query, the Commission’s chairman, Sam Amadi while addressing the media in the week, maintained that the fixed charge that consumers pay is not an illegal. He speaks thus: ‘’ Fixed Charge is not tied to consumption, as such NERC cannot wake up in the morning and say, we have abolished this. We will always go through due process and even before the intervention, we have commenced the process. Senate is just worried that people are paying for what they did not consume. The purpose of the fixed charge is to recover the capital and fixed cost of the various operators in the industry. Section 32 of the EPSR  Act 2005 mandates the Commission to approve a tariff that allows investors recover their prudent cost with reasonable return on the assets on a regular basis and recover their investments through the fixed charge paid by the consumers’’ Amadi stated.

Amadi further disclosed that fixed charge is a universal practice, thus abolishing it may impact negatively on the market participants who have invested a lot and are continuously making investments in the industry.

In a swift reaction to what the group described as another unsatisfactory gambit by NERC, CAPT has since called on President Muhamadu Buhari led government, to as a matter of urgency relieve Sam Amadi of his position as the Chairman of the electricity regulatory agency.

The group described Amadi’s argument as wicked, unacceptable and misleading, hence the communiqué issued during the counter-press briefing organized by the non-governmental organization in Abuja, and signed by its General Secretary, Abdulah Ocheja.

In the communiqué, as obtained by Orient Energy Review, CAPT described the partial removal of fixed electricity charge by NERC as inimical to the current whim of change in the country, sheer insubordination to the highest lawmaking body in the land, while the group also accused the Amadi – led NERC of unholy alliance with electricity service Providers in shortchanging electricity users across the country.

The communiqué reads in part:

In what appeared as a tilt against the semblance of change of the ruling party campaign slogan, the APC; the red chamber of the Nigeria National Assembly after a while, have chosen to pursue a people oriented agenda, which came from the recent unanimous decision of the SENATE of the Federal Republic of Nigeria, to ban the shrouded Electricity Tariffs called the `Fixed Charge` as coined by the regulatory agency, the Nigerian Electricity Regulatory Agency, NERC. We, the Change Ambassadors for Positive Transformation, CAPT, considered this as part of effort to continue to rip the Nigerian masses their hard earned income, which is an affront against the current whim of change in the country.

Having announced the partial removal of the inglorious fixed electricity tariff by NERC, It is now evident that this moment of joy as directed by the SENATE is being threatened by NERC as against the SENATE directive of outright cancellation. That fixed charges are meant to enhance the operating capacities of the privatized energy companies, to the good people of Nigeria holds no water. We made bold to say that, nowhere in the world does privatized companies finance operations by unlawfully defrauding the citizenry. Funding for companies operations are secured either through bank borrowing or equity financing.

As a civil society organization, in pursuit of peoples` right and good governance for the nation, we unequivocally condemned in clear term the assertion made by Sam Amadi’s and the loose defense put forward in favour of electricity providers, the Discos against the Nigerian masses. The legality or illegality of fixed charges should never and would never be the basis of grand standing without prejudice to any extant law establishing NERC.

We therefore call on the federal government, to as a matter of urgency relief Dr. Sam Amadi his appointment with immediate effect, on grounds of the Amadi led commission`s unholy alliance with electricity providers, the Discos, in continuing defrauding innocent Nigerians, and more importantly due to Sam Amadi`s insubordination to the legislative arm of government.

He has proven he lacks the requisite experience to steer the affairs of the NERC in line with president Mohammadu Buhari’s zero tolerance for corruption under any guise. Amadi`s self-seeking interest cannot and should not override the NASS position in the interest of fairness and justice to the masses.” The communiqué read.