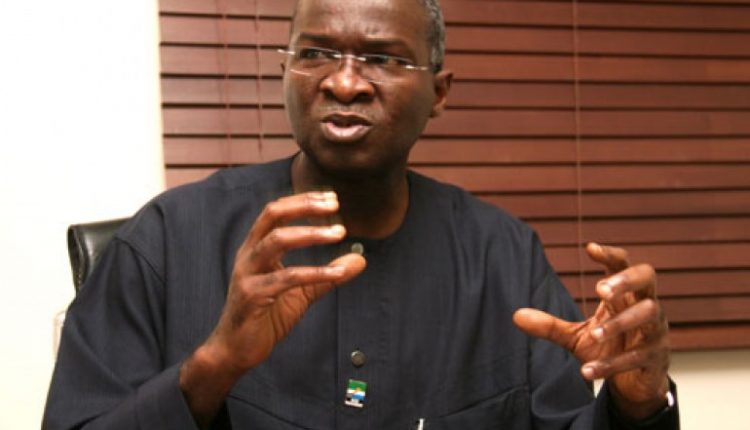 Minister of Power, Works and Housing, Mr. Babatunde Fashola, is meeting with the management of distribution companies, DISCOs, today with a view to acquainting himself with them and also intimate them about his expectations from them on the way forward.

The meeting, which will hold in the minister’s office this afternoon comes ahead of a scheduled meeting between the power industry regulator, Nigerian Electricity Regulatory Commission, NERC and the DISCOs, to discuss the contentious issue of tariff.

This comes as NERC said it has already worked out some benchmarks for DISCOs to meet in order to approve tariff increases for them.

Fashola had earlier met with Vice President Yemi Osinbajo, and later with the Chairman of NERC, Dr. Sam Amadi, last week, to discuss development in the nation’s power sector, during which according to sources familiar with the meeting, stressed the need for DISCOs to recapitalise.

The minister had noted that the DISCOs needed to perform better, adding that there were several options open to them including recapitalisation by floating their shares in the capital market to raise the necessary funds to retool and run their operations.

He had also agreed that some deliverables be set for the DISCOs, as funding will no longer be accepted as an excuse for non-performance.

But there were also speculations that the minister may have given approval to NERC to revoke licences of distribution companies who are unable to meet their privatisation obligations.

The speculations may have been given credence by the recent pronouncement by the Director General, Bureau of Public Enterprises, Mr. Benjamin Dikki, who warned that the Federal Government would reacquire the stakes of non-performing DISCOs for $1, and float their shares on the stock market.

Some of the DISCOs, who were also allegedly penciled down for such licence revocations, denied knowledge of such a move, and told Vanguard that “If such is to happen, we will be communicated formally in writing.”

But denying this vehemently, Amadi told Vanguard on phone yesterday that Fashola could not have given such approvals, considering that he is yet to have the details of the DISCOs operations, and was still studying developments in his ministry.

According to him, “the minister can’t approve for licences to be revoked when he doesn’t have any details on the operations of the DISCOs. Besides, revocation of licence is a last resort after every other measure may have failed. So it is not a decision that is taken lightly.”

He, however, admitted that the Minister, NERC and the DISCOs will be meeting today for a formal introduction to Fashola, while NERC discusses the deliverables upon which tariff increases will be approved for the DISCOs.

Amadi disclosed: “NERC is working on service level agreements with the DISCOs, which will be tied to deliverables that will go with new tariffs, going forward.”

He further said: “The meeting with them (DISCOs) is strictly to talk about tariff. The minister also wants to meet with them to introduce himself to them and urge them to brace up to their responsibilities.”