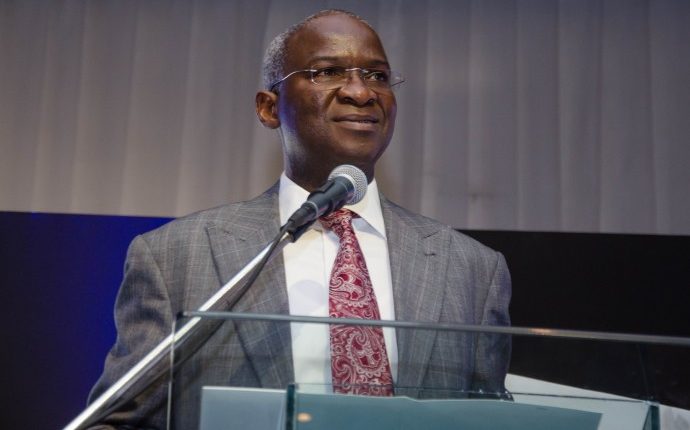 Minister of Power, Works and Housing, Babatunde Raji Fashola, has called not just for the arrest, but prosecution and jailing of vandals in the power sector.

In a communique signed by the minister and other stakeholders in the sector on Tuesday, he called on security operatives to “ensure that arrested vandals are prosecuted and jailed to serve as a deterrent to vandals”.

Doing so, according to him, is in accordance with Sections 9, 10, 93, 94, 96 of the Miscellaneous Offences Act and Sections 286 and 287 of the Penal Code that stipulate various offenses for offenders.

According to him, the use of advanced technology like the Global Positioning System, GPS, and other electronic gadgets required in grid automation should be adopted in monitoring of power equipment and electrical installations to reduce incidents of vandalism, which most often, causes fatalities and forms of incidences in the power sector.

Fashola also emphasised training and retraining of Health Safety and Environment staff, stressing that other staff in the power sector should be encouraged to ensure adherence to safety rules and standards to reduce safety infractions and the fatalities in the sector.

He opined that to avoid casualties, technicians in the power sector value chain should be motivated in terms of remuneration and rewards to ensure commitment.

The communique also suggested for reintroduction of ‘Earth Leakage Circuit Breakers’, ELCB, in homes, offices and other buildings.

OPEC has problems with some oil producers, reasons for Qatar’s exit must be examined – Iran oil minister