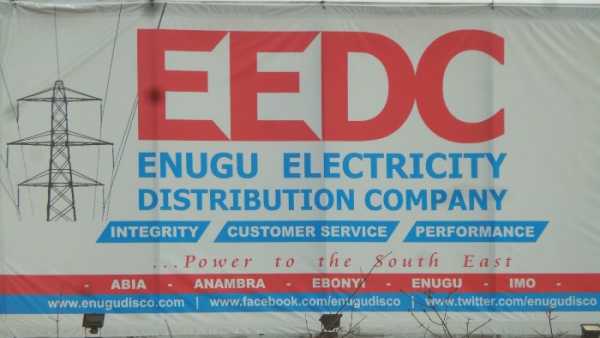 The EEDC Network Manager, Mr Jyotirmaya Lenka in letter dated December 16 and sneaked into consumers premises few days to Christmas confirmed the DisCo’s move to replace the black box pre-paid meter in use in many South East premises with pre-paid meters from Meter Asset Provider (MAP) commencing from January 1, 2020.  The DisCo had stated that it lacked the technical support to service the pre-paid meters, which it also described as obsolete.

Each customer is expected to pay about N38,000 to get a single-phase new MAP pre-paid meters. The charge is in line with MAP scheme as approved by National Electricity Regulatory Commission (NERC), rolled out in May 2019 across several distribution companies.

The News Agency of Nigeria had reported that no fewer than 80 per cent of the electricity consumers/residents in Enugu and South-East use the black box pre-paid meters. The Power Holding Company of Nigeria shortly before its unbundling in 2014 had introduced the smart card pre-pared meters to consumers to replace the analog meters.

It was learnt that residents who did not have the analog meter to change then had to pay N17,000 to buy one. Also, some residents had to give extra monetary tips before getting the meter then. Trouble started when the EEDC stated in its notice that it lacked the technical support to service the pre-paid meters, which it described as obsolete. That was even as consumers using the black box pre-paid meters noted that there was no known challenge in using it.

Reacting to the development, Mr Nonye Ugwu, a resident of Akwunanaw noted that the arbitrariness of EEDC was becoming something else.  Ugwu said, “Are we moving backwards or returning to estimated billing system? Or how do residents managing to survive present hardship, cough out N38,000 to pay for a MAP pre-paid meters and still pay house rent, school fees and other compulsory spending this January?’’

Speaking also, a resident of Trans Ekulu, Mr Chukwuma Ebube called on the various legislative houses in the affected states to look into what he described as the excesses of the power distribution company.

He said, “This is what political leaderships in various states in the zone should take up and stop this massive planned financial exploitation of our people. This is time for our state legislators and governors to stand up for the people before billions of naira are extorted from electricity consumers in the South-East,’’ he said.

According to Mr Ifeanyi Aghaji, a resident of Achara Layout, said that the black box pre-paid meters are not only used in Enugu metropolis “but also in my village in Umudim in Nnewi’’. So, I wonder where the company wants our rural people to get the money for a new MAP pre-paid meter.

“There is no problem since they want to create disquiet and unending protest in the zone they should go ahead with their threat. “This is if people in rural areas that are more organised than the city dwellers will allow them to carry out their threat,’’ Aghaji said.

Reacting, the Head of Communications, EEDC, Mr Emeka Ezeh, said that the company could no longer provide technical support for the popular black box pre-paid meter. He urged customers on it to migrate to MAP Smart Pre-paid meters. Adding that the affected customers had been pre-informed of the development through a letter sent to them.

“They are also encouraged to take advantage of the ongoing Meter Asset Provider (MAP) metering scheme to get their meters replaced by going through the process and paying for the new pre-paid meters.

“The company can no longer provide technical support for these affected black box pre-paid meters,” he said.