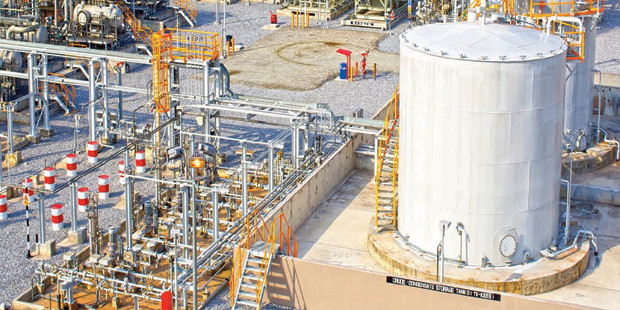 The amended licence issued to the Government of Akwa Ibom State, promoter of Ibom Power Plant, has now increased its generating capacity from 190 megawatts to 685 megawatts.

The Plant presently supplies 190mw to the national grid.

Governor Emmanuel Udom of Akwa Ibom State received the license from the Nigerian Electricity Regulatory Commission (NERC) on behalf of the state and the company’s management at a brief ceremony in Abuja.“Ibom is one of the first independent power projects in the country,” Gov. Udom noted.

This achievement according to him, did not come as an accident; “It is because the previous administrations in the state invested heavily in this sector. This is not a power plant that would have gas supply challenges. We have set up a gas processing plant that is supplying gas to the adjoining power plants. We would soon come for an embedded generation licence that would supply power to our industrial estates to be established along the coastal line,” Udom said.

The governor appealed to the Transmission Company of Nigeria, TCN, to improve its network, ahead of the completion of the expanded power plant.

Reps Query Approval of N2.7b Severance Package to NERC Board