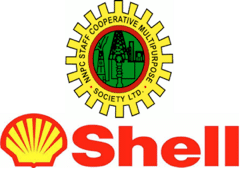 Shell Petroleum Development Company (SPDC) has blamed the non-diversion of natural gas from the deep-water Bonga oilfield to the domestic market on third parties, stressing that it has largely concluded its technical scope of the Bonga diversion project initiated to supply 120 million standard cubic feet of gas per day, an equivalent of 650 megawatts of electricity into the domestic market.

The company has also explained the delays in the execution of some of its key gas projects initiated to deliver 2,000 megawatts of electricity into the National Grid, noting also that the apparent decline in its domestic market share was mainly because of divestments of its acreages to indigenous players who continued to supply gas from those fields into the domestic market.

SPDC joint venture pioneered the supply of natural gas to the domestic market in 1962 and up till about 1997 when other multinational majors started supplying domestic gas, the company was the only supplier.
With the entry of other IOCs, Shell’s contribution declined to about 60 per cent of the national supplies of domestic natural gas but the company’s new projects have missed their delivery targets.

In a response to THISDAY’s enquiries on the challenges that hinder the delivery of the company’s gas project, a spokesman of the company, Mr. Bamidele Odugbesan said the company had largely concluded its technical scope in the Bonga diversion project but that “the diversion cannot be effected until all other parties conclude the work, particularly the gas treatment plant by government-appointed third party.”

He noted that the apparent decline in market share for SPDC JV was mainly because of divestments of assets to indigenous players.

“Enabling indigenous operators to be active in this area is a positive development and demonstration of SPDC JV’s commitment to local capacity building,” he said. Odugbesan added that the SPDC JV is progressing a number of domestic gas supply projects, particularly the anticipated completion of Forcados Yokri, Southern Swamp and new Final Investment Decision for Assa North/Ohaji South.

Speaking on the Forcados/Yokri Gas Project designed to provide 80mmscf/d on completion few years ago but is yet to be completed, Odugbesan said the project was delayed by a mix of funding, contract approval and contractor performance issues.

“We expect first gas this year while the second phase is planned to commence next year,” he added.
On the delays in the execution of the ambitious Assa North/Ohaji South Project was initiated by SPDC and Chevron JVs to provide 500mmscf/d, the Shell spokesman stated that though the project was initiated by Shell and Chevron, the project has experienced changes in participating parties and in concept.

This he said, resulted in the need to reconstitute it for effective delivery. Borkir International Company Limited, a subsidiary of Dangote Group, is now the partner to Shell in the project.

Report has it that the efforts to boost the supply of gas for power generation under the Domestic Gas Supply Obligation (DSO) imposed on the international oil companies (IOCs) are being hampered by the delays in the execution of some key gas projects initiated to power 2,000 megawatt-capacity power plants.