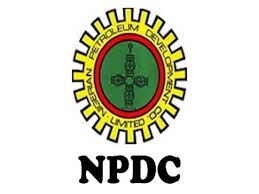 Redeployments At NPDC To Reposition It Into E&P Giant – Ewubare

The Nigerian National Petroleum Corporation (NNPC) has said that the redeployment of 11 management staff of its flagship upstream subsidiary, the Nigerian Petroleum Development Company (NPDC), was aimed at repositioning the company into a big-time Exploration and Production player in the country.

According to the NNPC Chief Operating Officer, Upstream, Mr Rowland Ewubare, the deployments became necessary to enable the country to meet her production and reserve targets, adding that the NNPC subsidiary needs to measure up to its peers and needed a team of professionals that were fit-for-purpose and could deliver on project timelines and budgets.

Addressing newsmen at the NNPC Towers on Tuesday, Eweubare dismissed insinuations trailing the exercise, said the shake-up in the NPDC was a routine exercise that was still ongoing, adding it targets to strategically position staff for optimum service delivery and ultimately for national interest.

He noted that the process was in tandem with the presidential mandate that demands that government establishments be manned by appropriate team of professionals who understood the urgency of its mission.

Ewubare said, “The redeployment that just took place in NPDC is a signal to all members of staff that it is no longer business as usual. We are determined, as a management, to meet the four cardinal points of Transparency, Accountability with Performance Excellence (TAPE). Therefore, the redeployment has nothing to do with ethnicity, religion, or any sectional interest. The current NNPC management reflects all the six geo-political zones.”

The COO maintained that NPDC as the E & P arm of the Corporation was strategic to the achievement of the target to grow the nation’s reserves and production to 40billion and 3million barrels per day by 2023, adding that with the President’s clear mandate the management was prepared to rejig personnel to meet the target.

He explained further that upon assumption of office, an evaluation of personnel was carried out which indicated incompetence and compromise on the part of some staff which necessitated the shake-up, adding that they also failed to provide efficient leadership for some of the assets needed to reposition the company.

“I must put on record that the changes would continue until we get the right optimal managerial talents for the management of those critical assets,” Ewubare declared.