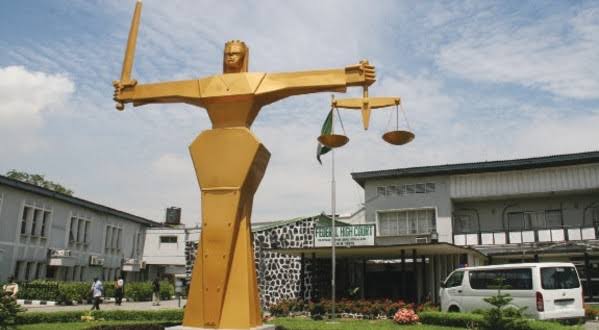 A Federal High Court sitting in Abuja overruled the application for adjournment of trial by a British national, James Nolan, who is one two Britons implicated in the sensational $9.6billion oil deal judgment against Nigeria by the Irish company, Process and Industrial Development (P&ID). His compatriot, Adam Quinn is currently at large.

Mr. Nolan made the application for adjournment on the grounds of the inability of his counsel to prepare for his defence. But while overruling the application, the presiding judge, Justice Okon Abang, ordered the Economic and Financial Crimes Commission (EFCC) Counsel, Ekele Iheanacho, to call his first witness.

The Irish engineering company, (P&ID), had secured the award against Nigeria following the non-execution of a 20-year gas and supply processing agreement (GSPA) the company had with the federal government. The arraignment of the two British nationals is coming weeks after two P&ID directors were convicted over the deal. The defendants, both directors of Goidel Resources Ltd, a Designated Non-Financial Institution (DNFI) and ICIL Ltd, were arraigned on a 16-count charge bordering on money laundering.

News Agency of Nigeria noted in a report that the court decision came after the federal government said it has started implementing enhanced strategies geared towards setting aside the entire P&ID liability and possible nullification of the contract. The revelation, which was contained in a statement by the Attorney-General of the Federation (AGF) and Minister of Justice, Abubakar Malami (SAN), is coming five days to the November 25 deadline for Nigeria to deposit the sum of $250 million before her appeal against the judgment can be heard.

Malami’s special assistant on media and public relations, Dr. Umar Gwandu, and made available to reporters in Abuja, said contrary to reports, under the new strategy, no lawyers were replaced, but more lawyers with specialized skills both locally and internationally were engaged to support the existing capacity and initiate fresh suits with a view to achieve the desired result.

Earlier, the EFCC’s counsel had told Justice Abang that since the matter was slated for trial, the anti-graft agency was ready to commence the trial. The lawyer told the court that he was in the court with two witnesses. However, Nolan’s Counsel, Paul Erokoro, (SAN), told the court that he had already briefed the prosecution about the difficulty he faced in preparing for the trial. He said Nolan was being held at Kuje Correctional Centre where they were allowed access to him twice a week.

According to him, and on each visit, we are allowed only 15 minutes. The lawyer attributed this to the fact that there were lots of persons awaiting trial at the correctional center who all needed to be visited by their counsel and families. He said it was disheartening that all these persons received their visitors at once without any privacy, besides the time constraint.

“Again, the visitors are supervised by prison officers. So the time for proper communication is not there,” Erokoro said. He lamented that the development had made it difficult for him to prepare for the trial. Erokoro also hinted that his application for bail variation for Nolan was before the court. He urged Justice Abang to grant the request. However, Justice Abang dismissed the prayer for adjournment and ordered the EFCC to present the first witness, one Mr. Agunbiade Adewale Akinseye, an account officer with a new generation bank.

Malami had described the P&ID contract as a well-organized scam “consciously, deliberately and intentionally orchestrated by some dubious and well-placed Nigerian government officials at the time with some shrewd foreign collaborators to defraud Nigeria and inflict heavy economic and financial loss on Nigeria and its people”

Shell Nigeria Is Best Company To Work For – Jobberman