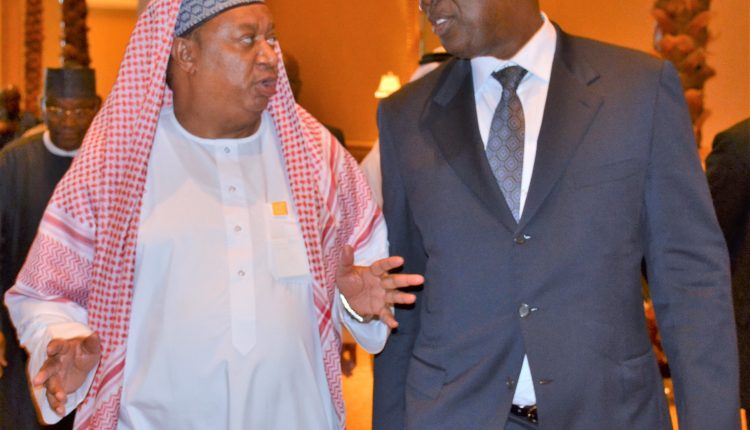 The Organisation of Petroleum Exporting Countries (OPEC), has confirmed that Nigeria has cut its output from 1.7 million barrels per day, mb/d in May to 1.4mb/d in June 2020. It is the first time the global oil body is giving such confirmation, although Nigeria has consistently flouted the oil production agreement of OPEC.

In its July Oil Market Report, OPEC stated that the data was based on information obtained from official sources, adding that when unofficial sources are considered, Nigeria may have produced 1.5 mb/d during the period.
For a very long time, OPEC had insisted on total compliance with oil production cuts by Nigeria and a number of member countries. OPEC and its allied oil producers, known as OPEC+, last Thursday insisted that defaulting countries, including Nigeria, must adhere to total compliance with the oil production output cuts agreement in April. It also expressed optimism that market conditions are gradually improving, but noted that all participating countries must renew their commitment to ensuring stability in the international oil market.

However, contrary to earlier speculations that the cartel will make pronouncements on the next phase of easing of output cuts to about 7.7 million barrels per day, the OPEC failed to make that announcement, but scheduled the next meeting for August.
According to the original agreement from April, OPEC+ was to cut 9.7 million bpd in combined production for two months–May and June–and then ease these to 7.7 million bpd, to stay in effect until the end of the year.
Then, from January 2021, the production cuts would be further eased to 5.8 million bpd, to remain in effect until end-April 2022. But at its 20th Meeting of the Joint Ministerial Monitoring Committee (JMMC), which took place via video conference on Thursday, yesterday, under the chairmanship of Prince Abdul Aziz Bin Salman, assisted by his Russian counterpart, JMMC said it reviewed the monthly report prepared by its Joint Technical Committee (JTC).

The committee also considered market prospects for the second half of 2020 and reiterated the importance of the ‘Declaration of Cooperation’ (DoC) in supporting oil market stability. “The outcomes of the June meetings extended the first phase of the production adjustments until 31 July 2020; provided a compensation mechanism in respect of the months July, August and September for participating countries that were not able to achieve full conformity in May and June.

“The committee reviewed and reaffirmed the commitment of all participating countries to achieve full conformity and make up for any shortfall under compensation plans presented to the committee.
“It stressed that achieving 100 per cent conformity from all participating countries is not only fair but vital for the ongoing rebalancing efforts and to help deliver long term oil market stability,” OPEC said.

After a review of the crude oil production data for the month of June 2020, the cartel said it welcomed the significant performance in the overall conformity level for participating countries at 107 per cent in June 2020, an achievement that found wide recognition in the market.