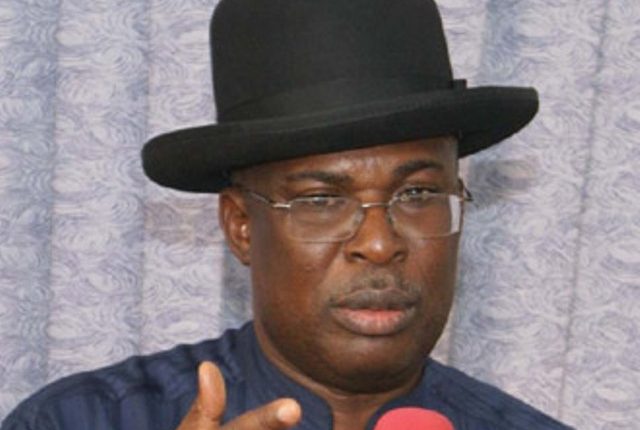 Oil workers in agencies under the Ministry of Petroleum Resources, yesterday night, suspended their strike after meeting with the Accountant General of the Federation.

Oil workers attached to the Federal Ministry of Petroleum Resources, Wednesday embarked on a three-day warning strike over the failure of government to pay their salaries in the last three months.

Oil workers attached to the Federal Ministry of Petroleum Resources, on Monday night, suspended their strike after meeting with the Accountant General of the Federation.

The oil workers, last Wednesday embarked on a three-day warning strike over the failure of government to pay their salaries in the last three months.

A source in the meeting between executive members of the Petroleum and Natural Gas Senior Staff Association of Nigeria, PENGASSAN, and the Accountant-General, disclosed that an agreement was reached with the Federal Government to immediately pay the oil workers the three months salaries owed them using the Government Integrated Financial Management Information System, GIFMIS, platform.

Orient Energy Review also learnt that the participants agreed that a new date be fixed for issues surrounding enrollment on the Integrated Payroll and Personnel Information System, IPPIS, to be addressed.

The source said: “We have just finished an impromptu meeting with the Accountant General of the Federation. We resolved as follows: That our three months salary arrears be paid through GIFMIS platform. The OAGF has commenced the process of payment effective this night (17th August).

“That all affected agencies are to submit a copy of the letter OAGF sent to them and the soft copy of salary upload for May, June and July 2020.

“That a new date will be fixed for all stakeholders to meet and discuss concerns surrounding our enrollment on the IPPIS platform. “With this development, the strike is hereby suspended. Thank you for your solidarity always.”

The oil workers, had last Wednesday, declared a three-day warning strike and planned to commence a total strike afterwards, if their demands were not met.

The workers were protesting the decision of the Federal Government to withhold their salaries since May 2020, following their (oil workers) refusal to enroll on the IPPIS platform.

NNPC Rules Out Equity Sale, Reduces Debts in JV with Partners to $2bn