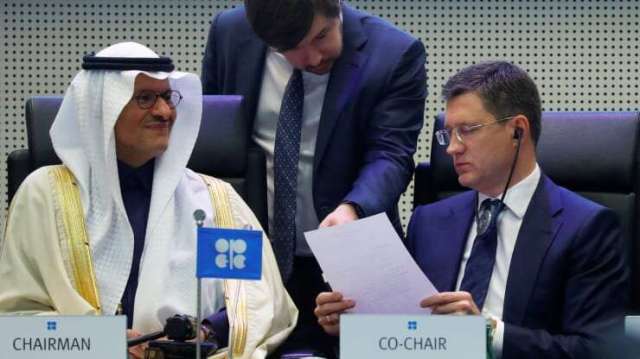 Monday after Saudi Arabia and Russia postponed a meeting to discuss output cuts that could help to reduce global oversupply as the coronavirus pandemic pummels demand.

The Organisation of Petroleum Exporting Countries and its allies, a group known as OPEC+, were scheduled to meet on Monday to discuss cutting production but the meeting was moved to Thursday.

“Perhaps it is best that the meeting was delayed for producers to cement a minimum of common ground before the actual discussions take place on Thursday,” BNP Paribas analyst, Harry Tchilinguirian, was quoted by Reuters as saying.

He noted that the initial disappointment at the delay had driven down prices in Asian business.

The United States Energy Secretary, Dan Brouillette, was quoted as saying that after speaking with the energy ministers of Saudi Arabia and Russia, he hoped the countries would end their war over market share this week.

Russia’s presidential spokesman, Dmitry Peskov, also said Moscow was ready to coordinate with other oil-exporting countries to help stabilise the market, adding that the OPEC+ meeting was delayed for technical reasons.

OPEC+ is working on a deal to cut production by about 10 per cent of world supply, or 10 million barrels per day, in what member states expect to be an unprecedented global effort.

COVID-19 Is Killing O&G And Could Poison Renewables