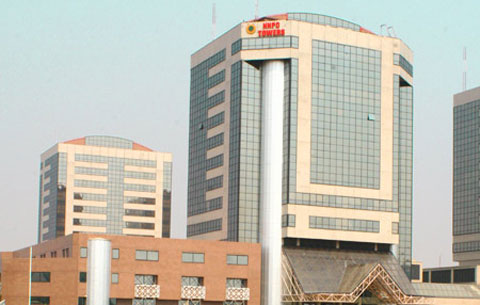 NNPC currently in talks with IOCs over PSC review – Spokesman

The Nigerian National Petroleum Corporation (NNPC) has said the state owned company is currently in talks with International Oil Companies (IOCs) with the aim of reviewing the Production Sharing Contract (PSC) signed about 25 years ago between the two parties.

Nigeria has allegedly lost over $21 billion since terms of the contract, which was signed in 1993 became outdated. The PSC, a form of joint agreement for exploration, development and production of oil resources, makes extractive companies bear the cost of production, unlike the joint venture agreement where government is indebted with cash calls.

Speaking in an interview, the NNPC Group General Manager Public Affairs Division, Ndu Ughamadu, said the corporation is currently discussing with the oil majors and other parties involved in the PSC. “We are discussing with the IOCs, other groups on the PSC, including some indigenous participants in the scheme,” he said.

“However, we are not aware of the purported amount being lost,” Ughanmadu added. It would be recalled that the Minister of State for Petroleum Resources, Ibe Kachikwu, had said that Nigeria had recorded losses of $21 billion to oil majors due to the obsolete nature of the contract.

Energy Transition Could Force Oil Majors to Sell or Swap…