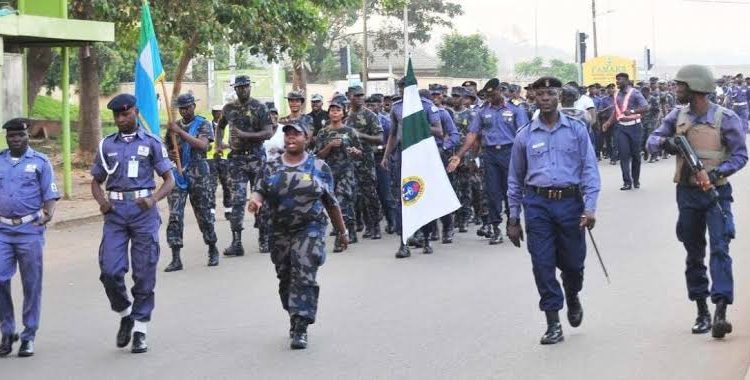 The Nigerian Navy has confirmed that it has impounded over 130 vessels, most of which are laden with stolen crude oil and petroleum products from various points in the country, yet meant for shipping abroad.

As one of the key agencies monitoring Nigeria’s territorial waters, and equally involved in checking the activities of smugglers on the maritime space, the Navy also said it is currently working to integrate its system with those of other maritime operators such as the Nigeria Ports Authority (NPA) and the Nigerian Maritime Administration and Safety Agency (NIMASA) to facilitate efficient operation.

Welcoming a delegation from the Nigerian National Petroleum Corporation (NNPC) at the Naval Headquarters yesterday, Nigeria’s Chief of Naval Staff, Vice Admiral Ibo Ekwe Ibas, said the Navy is living up to its mandate, and working towards ending all forms of criminality in the nation’s territorial waters.

He listed a number of challenges to its operations, which he said were receiving attention, and called for an active partnership and networking with the Corporation to enable the country effectively checkmate the activities of criminals engaged in illegal bunkering and shipment of petroleum products out of Nigeria.

In his presentation, the Group Managing Director of the NNPC, Mallam Mele Kyari, expressed gratitude to the Navy for its efforts at securing the nation’s oil and gas facilities in the creeks and deepwater.

He said the Corporation would deepen its cooperation with the Nigerian Navy to tackle the menace of crude oil theft and attacks on oil and gas facilities.

He said while the intervention of the Navy had brought some sanity to the system, there was a need to do more as crude oil theft was still a potent reality in the nation’s oil and gas industry. According to Kyari, the NNPC is ready to support the Navy in any initiative it could come up with to further check the menace.

Get Right Skills, Carve A Niche And Rule Your World – Ojemeni Tells Women