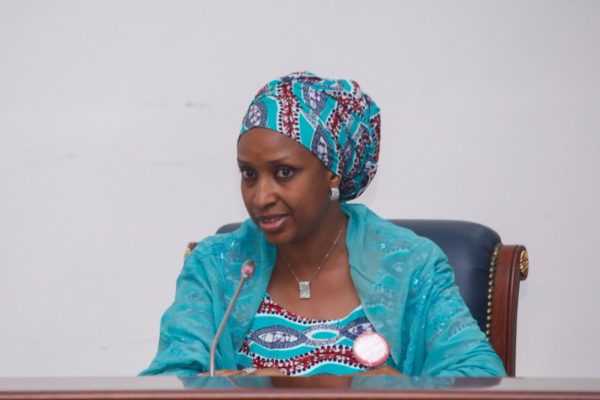 Following the plummeting price of crude oil globally, a top Nigerian government official has predicted that the revenue which the federal government targeted to earn from the seaports would drop by 75% by the end of the 2020 budget year.

The Managing Director of Nigerian Ports Authority (NPA), Ms Hadiza Usman, who dropped the hint during a Webinar monitored in Abuja Wednesday, revealed that the Nigerian government could only export 78% of its crude oil cargo, while the remaining 22% was non-oil export representing the 191 million metric tons of export cargo which passed through the ports in 2019.

During the Webinar tagged, ‘Non-Oil Exports: Disrupting Nigeria’s Growth Cycle’, which was organised by BudgIT, Usman said Nigeria’s huge dependence on oil for national revenue is dangerous, pointing out that there is need for diversification of Nigeria’s economy through non-oil export.

Nigeria’s independent oil producers are being crushed by the international oil price crash, with current prices more than two times lower than the costs of local independents’ production.

The NPA boss explained that 78% of Nigeria’s export was crude oil cargo, saying that crude oil cargo contribute the highest revenue of the nation’s seaport.

“Nigerian crude shipment is tied to exportation and it contributes the highest revenue of the ports. This underscores the importance of diversification of the economy through non-oil exports in order to reverse the trend,” she said. According to her, there is need for inter-agency collaboration, to encourage local investors and make domestic investment a priority.

Usman also said that the agency was in discussion with the Lagos and Ogun State Government on how to establish modern trailer parks.

Also at the Webinar, the chief executive officer of the Nigeria Investment Promotion Council (NIPC), Yewande Sadiku, predicted that Foreign Direct Investment (FDI) into countries in Africa is expected to fall by 30-40% in 2020-2021. She emphasised the urgent need is not only to attract more FDI but to also increase production capacity in-country in order to grow the non-oil export.

Govt Urged To Encourage Women In Maritime, Oil And Gas…

She listed countries such as United States, China, Singapore, Netherland and United Kingdom as top recipient of FDI globally, pointing out however that Africa, which contributes 17% of global population, is only able to attract 3% of global FDI.

“Whether oil or non-oil export, investors are looking for one thing, which is a conducive environment, financial return as well as sustainable and available asset,” she said.