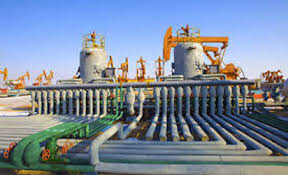 The investment is coming at a time the country is battling with huge budget deficit and foreign exchange challenges occasioned by low oil price and the coronavirus pandemic.

During a physical tour and inspection of the refinery, which is a subsidiary of the Azikel Group, Sylva expressed satisfaction with the level of detailed engineering works and accomplishment deployed in the development of the Azikel Refinery.

He stated categorically that having achieved 60 per cent completion of the OSBL and the ISBL, Azikel Refinery is the first hydro-skimming refinery nearing completion in Nigeria is among over 26 licensed modular refineries by President Muhammadu Buhari.

He said that refinery is a major step toward the achievement of Nigeria’s reversal as net importer of refined products.

Sylva noted that the hydro-skimming plant is a complete refinery that would support the Federal Government in attaining self-sufficiency in refined products including petrol, diesel, aviation fuel and LPG, which are of utmost importance to the country’s economic prosperity.

“The Azikel Refinery will create the export of refined products from Bayelsa State to the rest of Nigeria, producing daily 1.5million litres of petrol and 1million litres of diesel and 500,000 litres of kerosene and aviation fuel,

Thus, thereby reversing the stigma of Nigeria as a net importer of refine products, despite being the 5th largest producer of crude oil in the world.

The minister said Buhari’s dream to industrialise the Niger Delta in the area of infrastructure and employment was being actualised by the Azikel Refinery through the additional workforce and skills that would be employed in the refinery. This is in addition to the multiplier value chain of several job opportunities that would be created for Nigerians.

In his response, Eruani, who is also the President of Azikel Petroleum Refinery, said the Group is creating a new industrialisation of the Niger Delta, while the refinery has engaged youths in the region and Nigerians with several job opportunities.