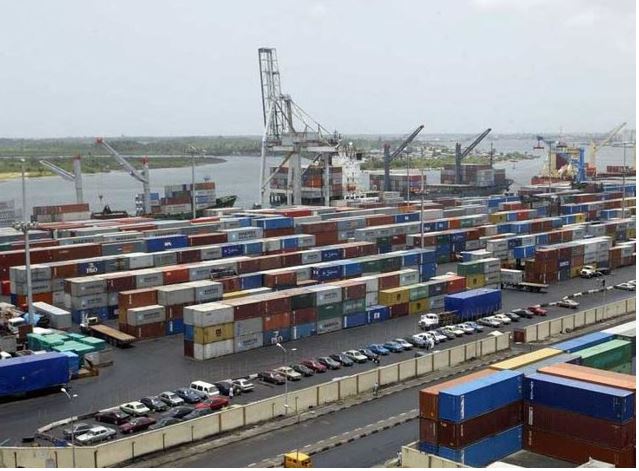 The termination of the Pilotage Monitoring and Supervision Agreement between Nigerian Ports Authority (NPA) and Integrated Logistics Services Nigeria Limited (INTELS) on the ground that the said agreement was void ab initio has continued to generate reactions from different quarters.

The Attorney General of the Federation (AGF) and Minister of Justice, Abubakar Malami, had relayed the government’s decision to the Managing Director of Nigerian Ports Authority, Hadiza Bala Usman, in a letter dated September 27.

The AGF in a letter titled “Request for Clarification of Conflict Between Executed Agreement and Federal Government Treasury Single Account Policy’ said the agreement, which had allowed Intels to receive revenue on behalf of NPA for 17 years, violates sections 80(1) and 162(1) and (10) of the constitution.

Reacting to the issue, the House of Representatives members insisted that the Federal Government did not follow due process in terminating the contract between Nigerian Ports Authority (NPA) and INTELS.

Following a motion moved by Diri Douye (PDP, Bayelsa), the members of the lower chamber debated whether the Attorney General of Nigeria has the legal authority to unilaterally terminate the contract. Douye urged the House to investigate the process of terminating the ports management agreement/contract entered into by the Federal Government and INTELS Nigeria Limited 17 years ago.

Koluama Community launches manhunt for those behind false…

Douye said, “It’s known that INTELS Nigeria has over 7,000 Nigerians in its employment and these Nigerians have other dependents. And if we allow these people to lose their jobs, the economy will suffer further blow and setbacks.

“Terminating contracts of this nature, where the company had taken foreign loans to the tune of $900 million to build up the ports, must be given serious and thorough considerations. And we must also as a House, insist that in taking such decisions, the Nigerian Local Content Act and due process must be followed.”

Supporting the motion, Sergius Ogun (PDP, Edo), told the House that workers affected by the contract termination were already protesting. “How can an agreement that has existed for years and showing the world that concessioning works in Nigeria be cancelled in one day, he queried.

Opposing the motion, a lawmaker from Lagos, Rotimi Agunsoye, said that the issue is for the judiciary and the House has no business looking into it. “If they have any problem with government, they should go to court. The motion should not come here, Agunsoye said.

In his reaction, the founder and majority shareholder of INTELS Nigeria Limited, Gabriele Volpi who said that he was not personally involved in the negotiations with NPA apologized to the Federal Government and the NPA over the dispute that led to the termination of his company’s pilotage agency agreement with NPA.

Regretting the misunderstanding that had taken place, Volpi said he would ensure that INTELS undertakes a reconciliation process with NPA. And that as a law abiding organisation, INTELS was ready to comply with the Federal Government policy on Treasury Single Account (TSA).

“We want to apologise to the FG and NPA over this disagreement with INTELS. I was not personally involved in the negotiations with NPA, but we apologise for what has happened.

Speaking further, Volpi said that INTELS remained committed to the development of the country’s maritime sector, including the construction of the Badagry deep seaport.

“We are committed to co-operating with the government and NPA in the development of Nigeria’s maritime sector and this includes the Badagry deep seaport.

“The Badagry deep seaport is a massive undertaking which will cost billions of dollars and will be the biggest in Africa and would turn Nigeria into a regional hub for ships bringing goods to the continent.

“It will also help to move a lot of shipping activities at the Apapa and Tin-Can Island ports and help to decongest Apapa. So, we are serious about our investments in Nigeria, Volpi said.

In what seems like an endless stream of trouble and when observers had thought that INTELS and NPA should be in reconciliatory mood, Oil and Gas Export Free Zone Authority (OGFZA) struck another fire accusing INTELS of breach rules.

In a letter signed by OGFZA Managing Director, Umana Okon Umana, INTELS Nigeria Limited and her affiliate companies were accused of having “transferred and sold off their assets” imported into the free zone under the zero duty regime, which only free zone companies are entitled to. The OGFZA MD said that the company allegedly did so “without the approval and consent of the Authority,” in contravention of Section 12(6)(a-b) of the Oil and Gas Export Free Zone Act.

INTELS was also accused of failing to submit its records, warehouses and equipment imported under the zero duty regime of the free zone for inspection in compliance with the OGFZA Act.

Subsequently, an order for a comprehensive compliance audit was reportedly issued by OGFZA on INTELS’ operations in the last 10 years as well as alleged breaches of laws and regulations governing the free zone operations.

The management of Integrated Logistics Services (INTELS) Nigeria Limited in reactions has threatened a legal against the Managing Director, Oil and Gas Export Free Zone Authority (OGFZA), Umana Okon Umana, for making “false and malicious allegations” against the company and its management.

INTELS which described the allegations as being spurious said that it is injurious to the business interest as well as the reputation of the company. INTELS stated that it was compiling the losses being suffered by the organisation as result of Umana’s actions both in his official and private capacity.

“We have no doubt that as these are deliberate actions, you are well aware of the consequences as these are clearly crude, irresponsible and off-limits. At the appropriate time, we will initiate necessary legal measures to ventilate this grievance,” INTELS said.

INTELS listed some of the contentious issues between the two companies to include the refusal of OGFZA to renew the 2017 Operating License for INTELS Nigeria Limited (INL); the imposition of land charges by OGFZA; nullification of INTELS’ Industry Wide Standard Tariff (IWST) and other port related charges by OGFZA.

The logistics giant said it had engaged OGFZA in discussions with a view to resolving the matters amicably, in line with its conviction that a harmonious working relationship will be of mutual benefit to the two organizations and will be in the overall interest of both parties.

“However, it has now become imperative to formally address the various issues on both the law and facts with the hope that OGFZA will be better guided to retrace its ill-advised actions.

“OGFZA has refused to release INL licence for 2017 on the ground that INL has to pay all charges and fees demanded by the OGFZA notwithstanding that INL have paid in full the renewal fee for the licence.”

“In the circumstance, we demand that OGFZA should forthwith issue INL licence for 2017.”

According to INTELS, OGFZA’s position is misconceived and ill-advised, stating that OGFZA “seems to be suffering from a confused interpretation of what could be described as free zone related activities as against other port or NPA related activities”.

“We are aware that there are few cases of overlap, but those are easily traceable to transactions involving free zone cargoes and in those instances the role of the OGFZA is clearly defined along with aspects of the transaction for which it is entitled to charge fees. Still, such fees do not extend to the rates covered by NPA related activities,” it stated.

INTELS went further to demand for the payment of debts owed it by OGFZA. These include OGFZA’s indebtedness in the sum of $27,548.85 and N24, 912,510.42 for the various services provided by Intels to OGFZA as well as the sum of $1,719,246.28 for use of INL’s facilities by OGFZA at various locations including Onne, Heliconia Park Estate, Aba Road Estate both in Port Harcourt, Rivers State and Warri, Delta State.